Batgirl was a new character for Batman & Robin and there were some questions about what her costume should look like. The task was given to costume concept artist Miles Teves who produced these four wonderful and wild designs.
In an interview even he admitted the boob window on the second was maybe a step too far. Obviously the cowl was dropped for the finished film in favour of a domino mask like Robin.
Those who are disappointed by the lack of yellow should check out the 2002 TV series Birds of Prey which sports the exact same costume with yellow highlights and a cowl. 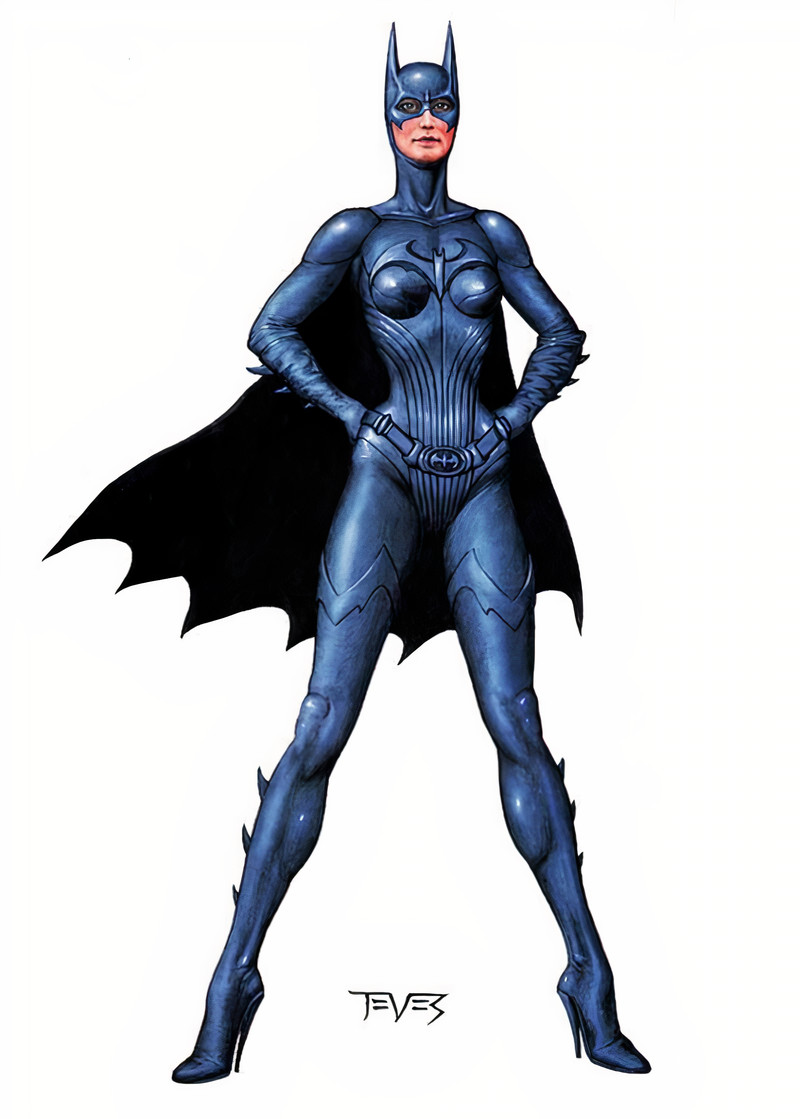 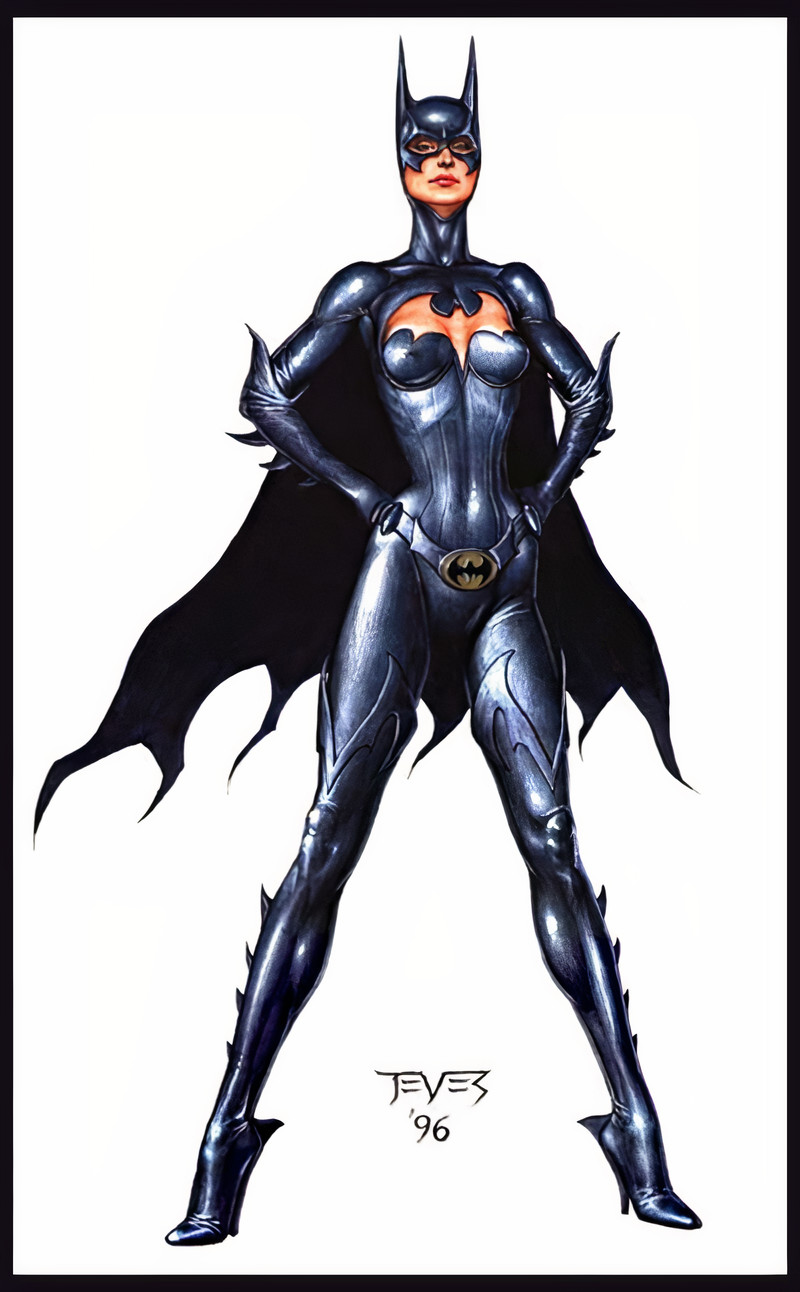 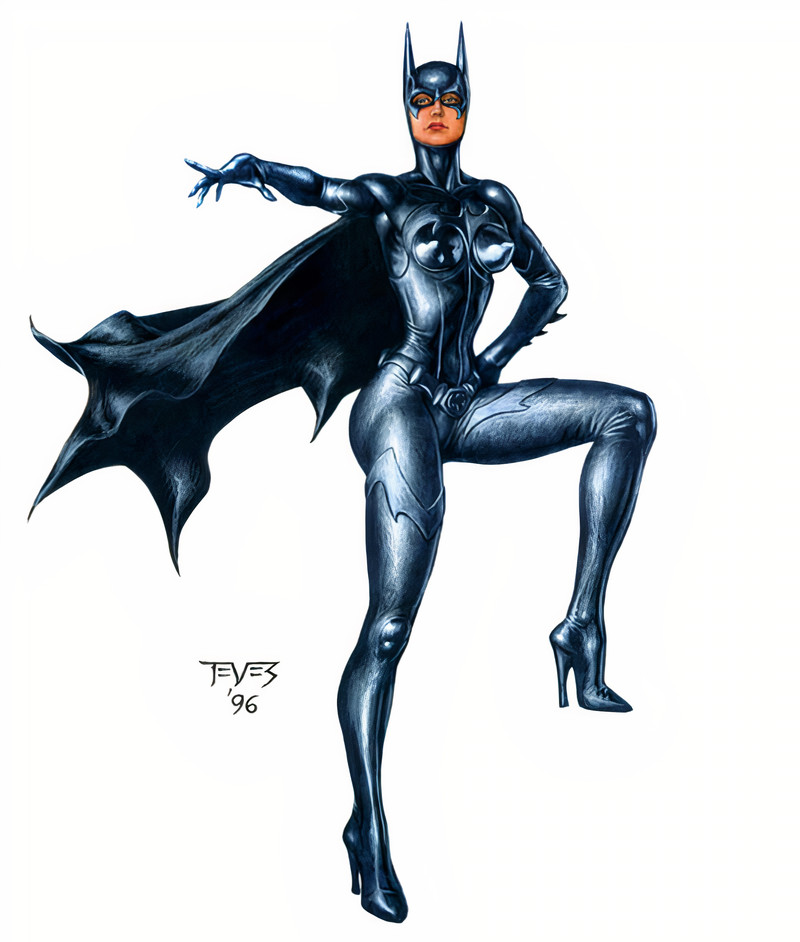 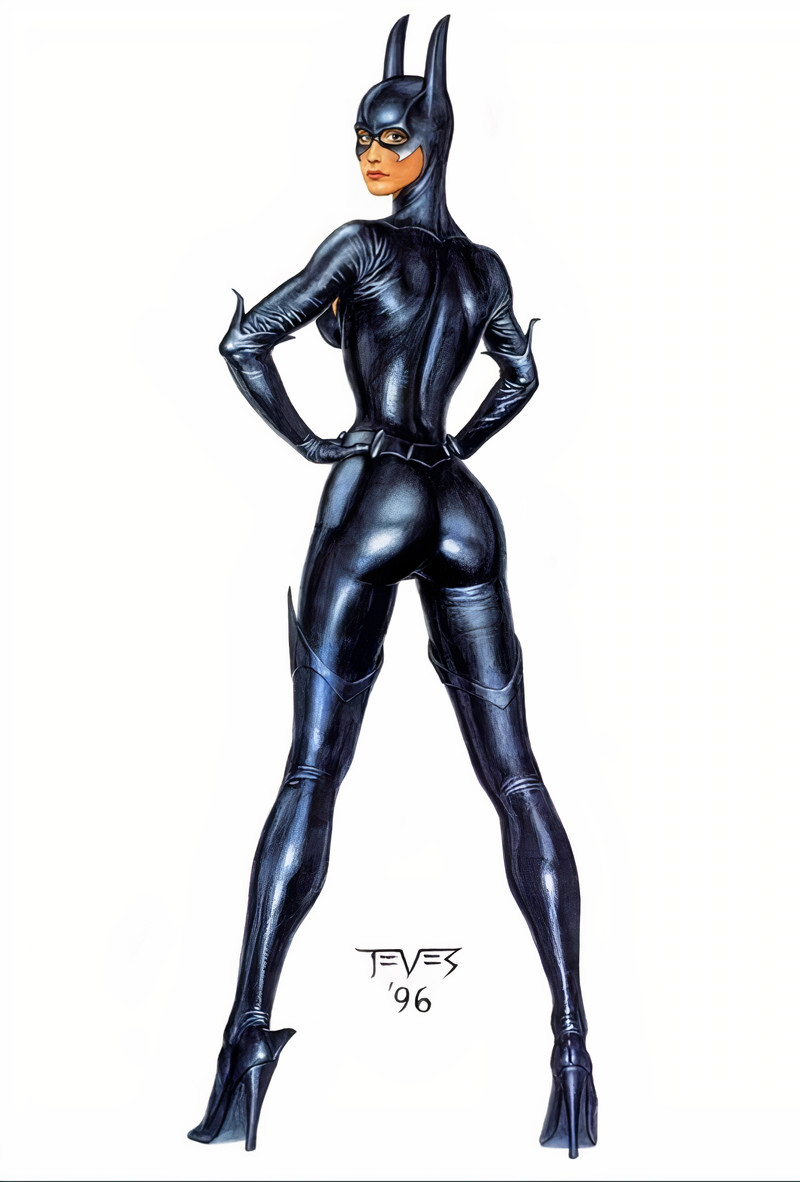 Also Tim Burgard designed this costume that is also super interesting. It looks like he was going for a mix of leather, latex and (possibly) spandex. I particularly love the goggles over the eyes. 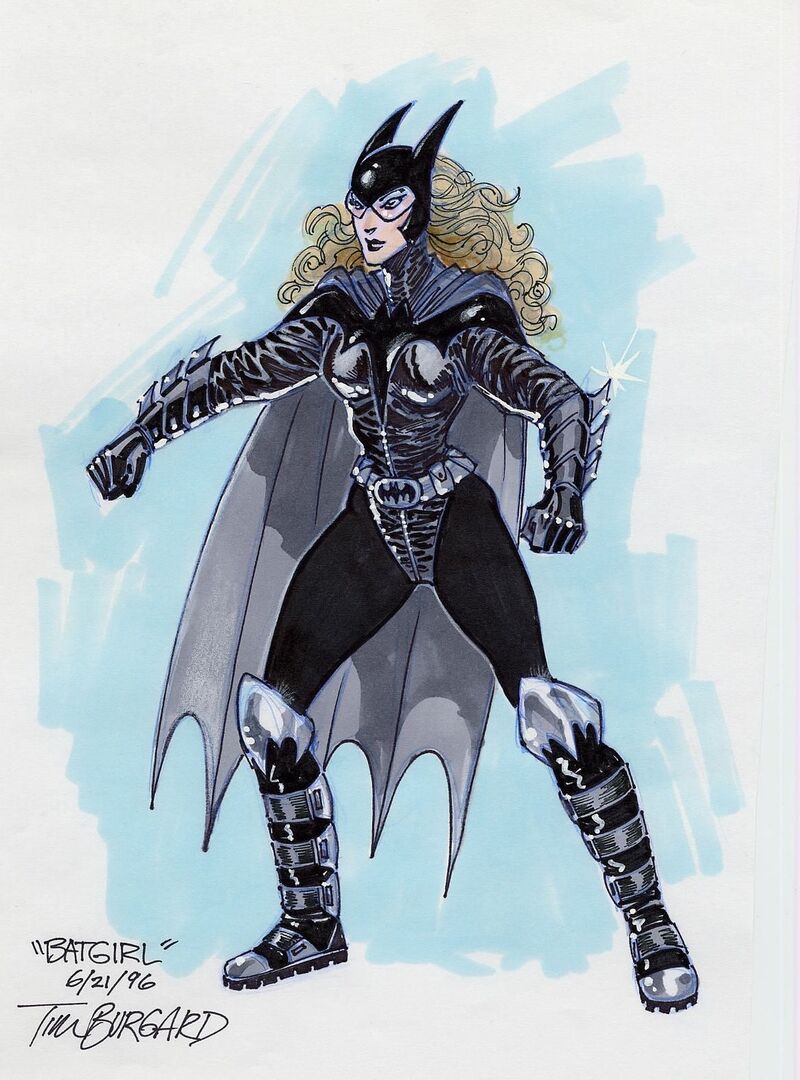