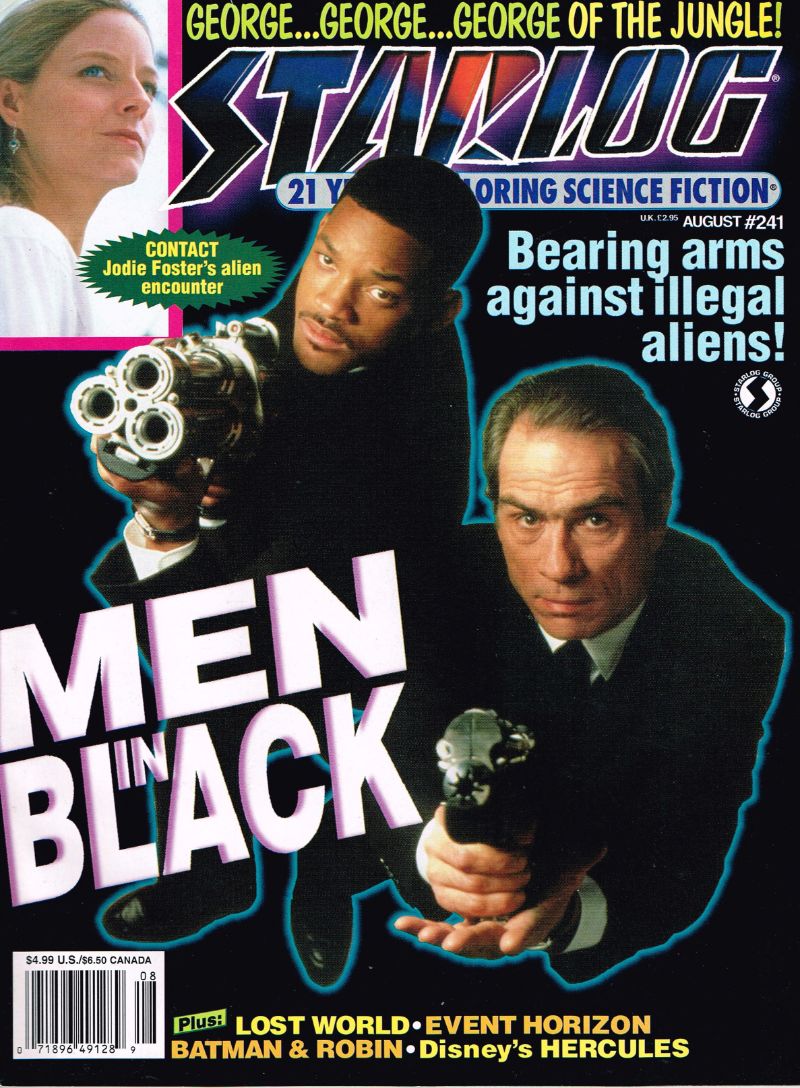 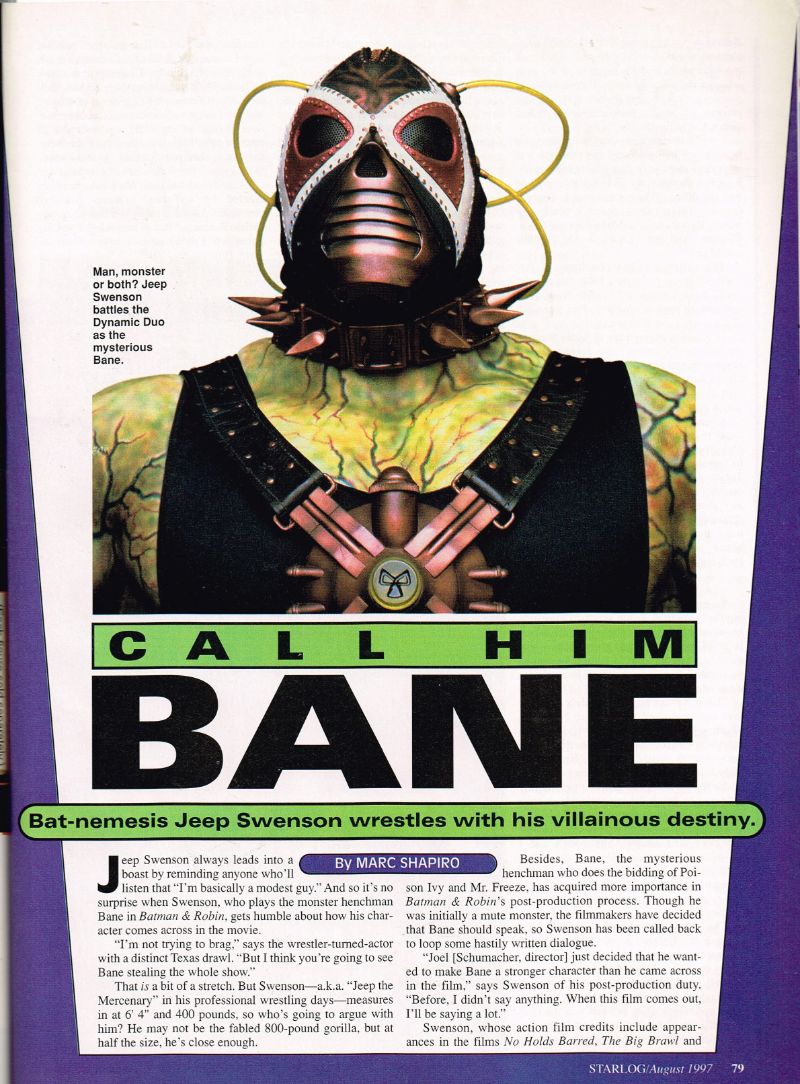 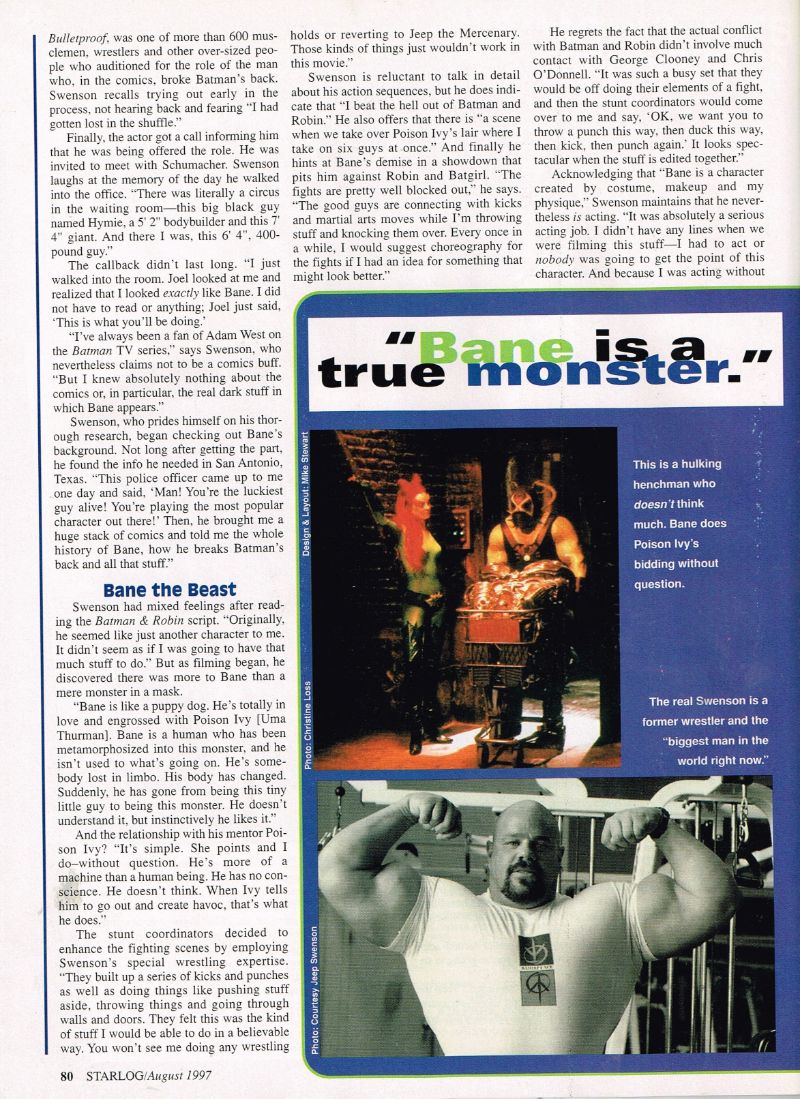 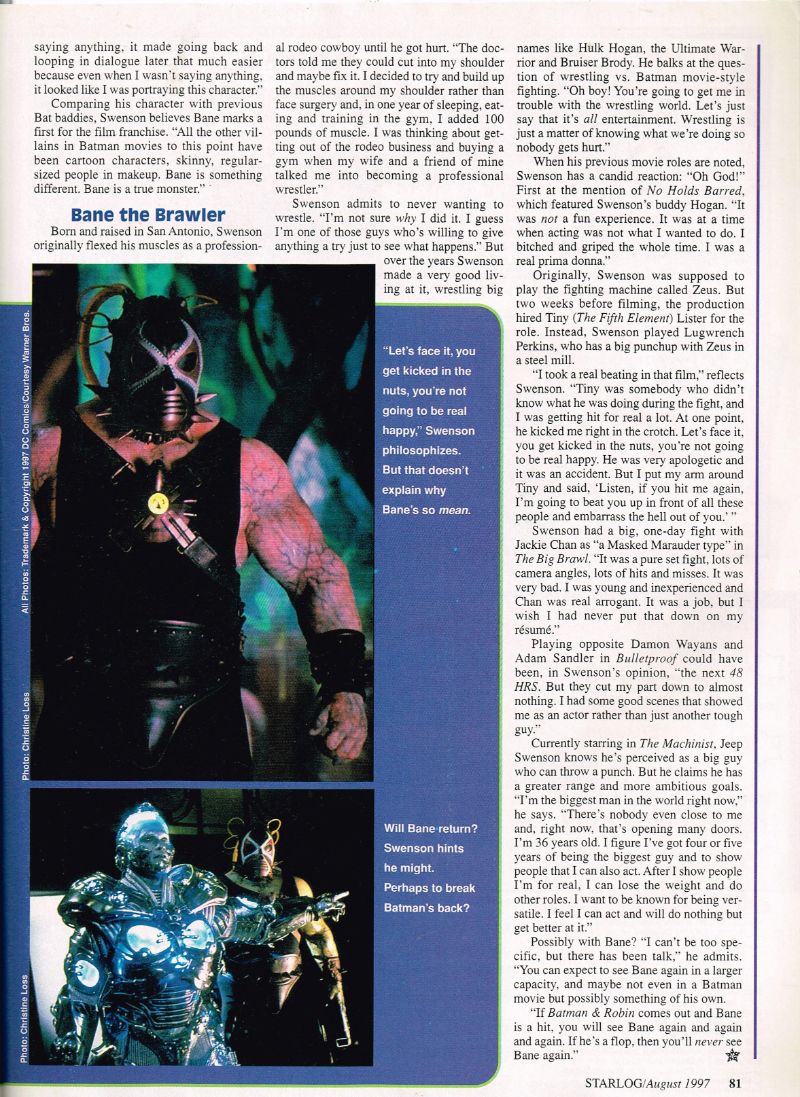 The second part of Starlog 240's coverage is an interview with director Joel Schumacher who tries to be diplomatic about the change of Batman star from Val Kilmer to George Clooney.

The end of the article has some interesting notes that Mark Protosevich had already been assigned the job of writing Batman 5 before Batman & Robin opened. I believe this script (which fans tend to refer to as Batman Triumphant) has never been leaked and may not have even been finished which is a shame because it would have been fascinating to see where Joel would have gone with another Batman film. Supposedly Man Bat and Scarecrow were going to be featured. 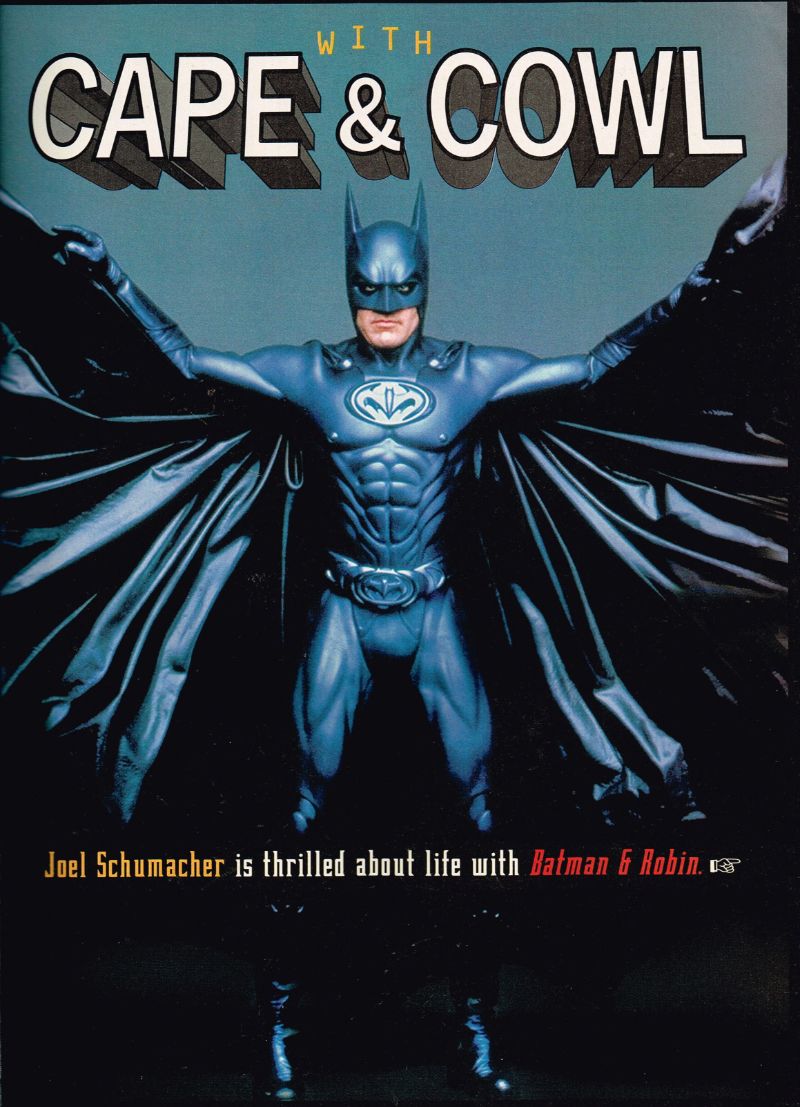 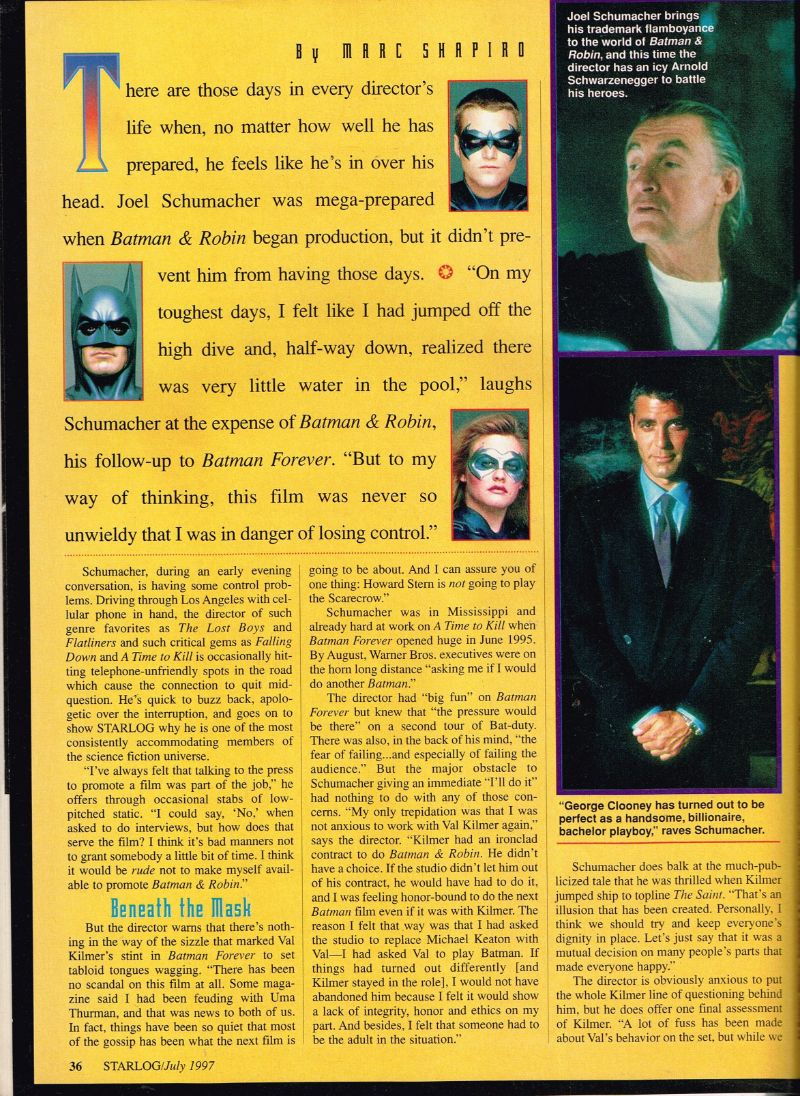 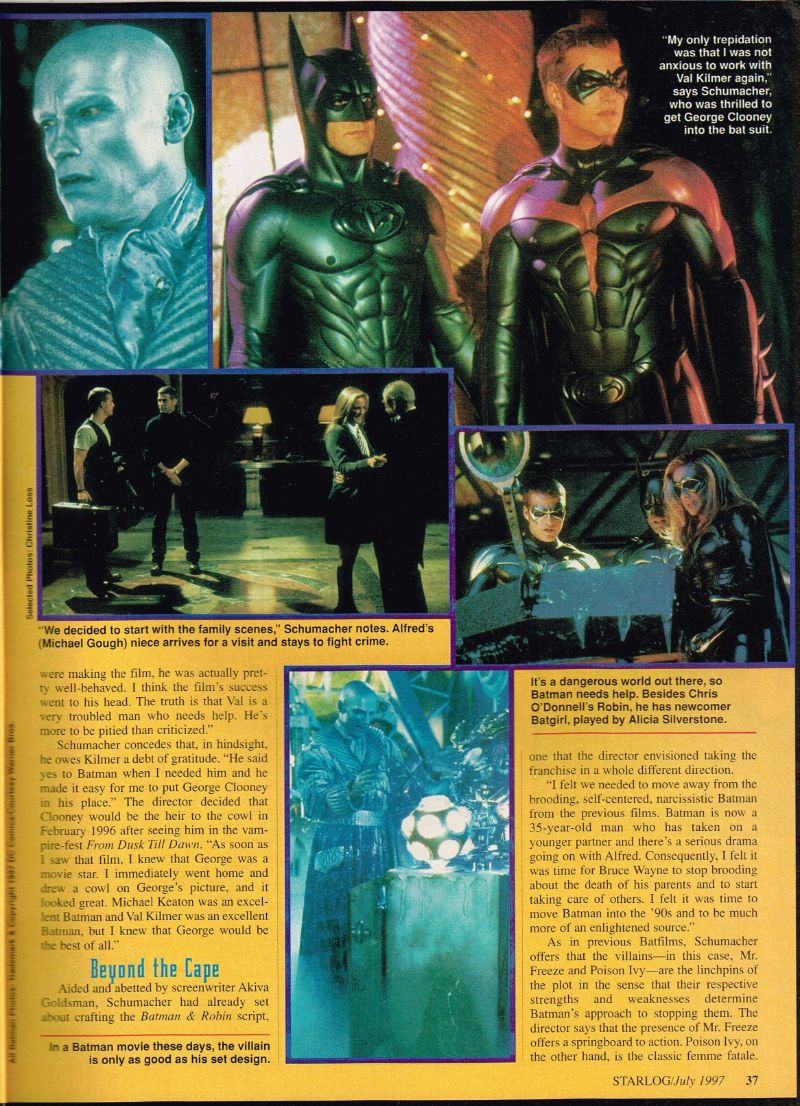 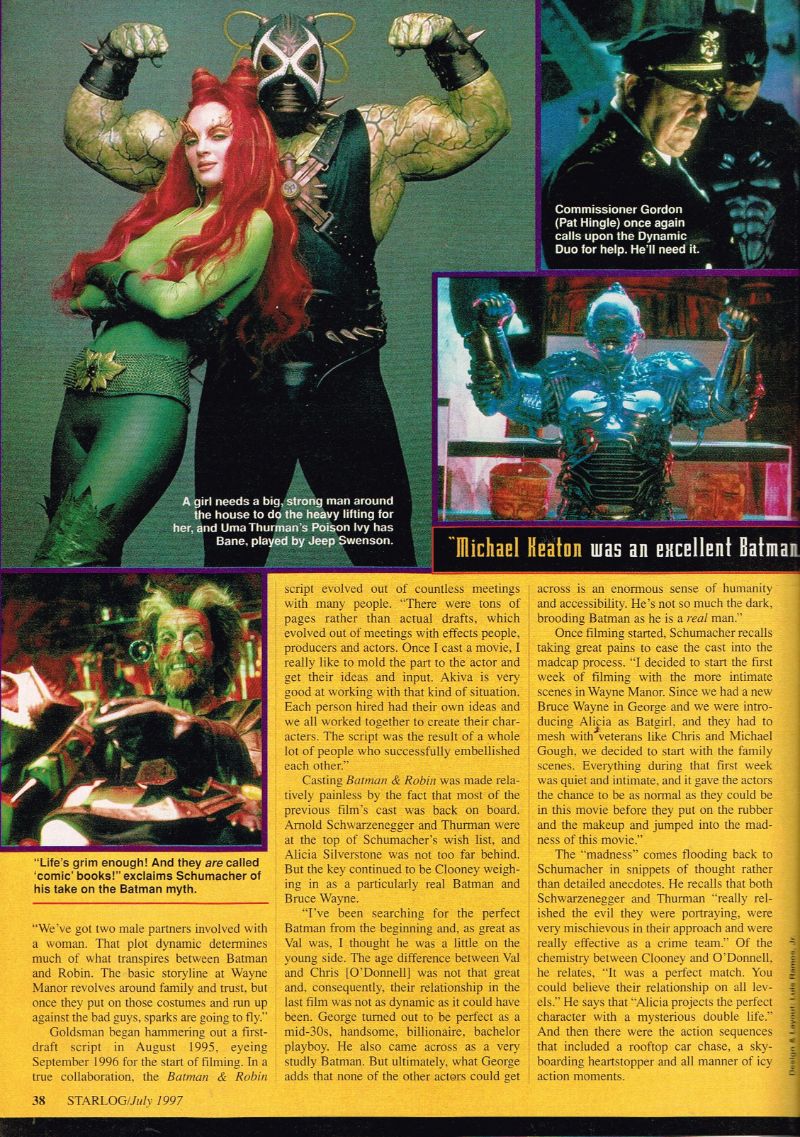 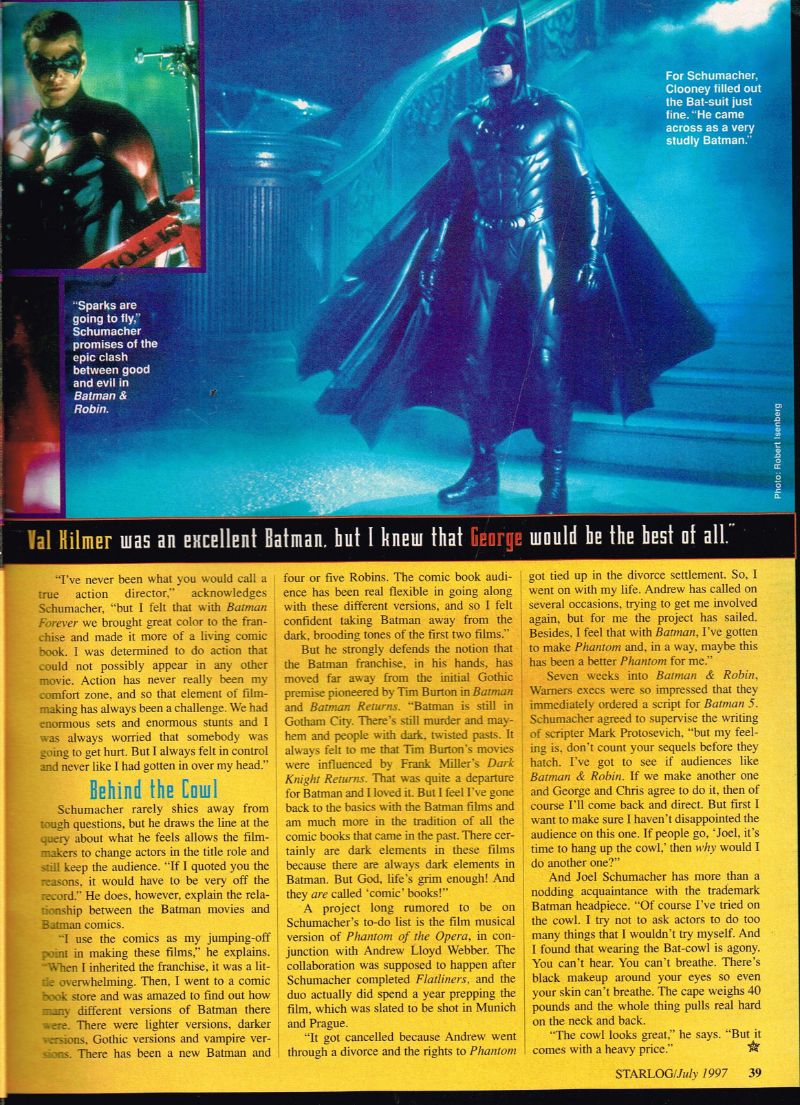