Back to Starlog magazine this week - an interview with production designer Barbara Ling along with a treasure trove of concept art - even a couple of early sleeker versions of the Batmobile (before toy manufacturer Kenner gave their input). 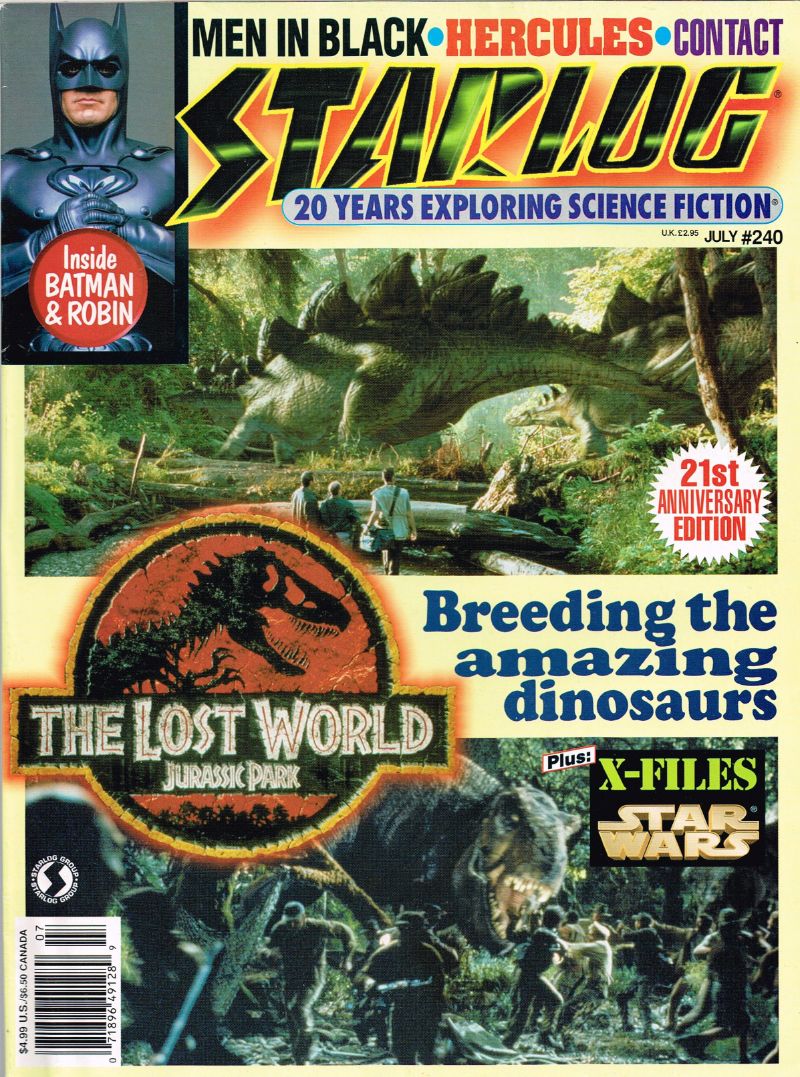 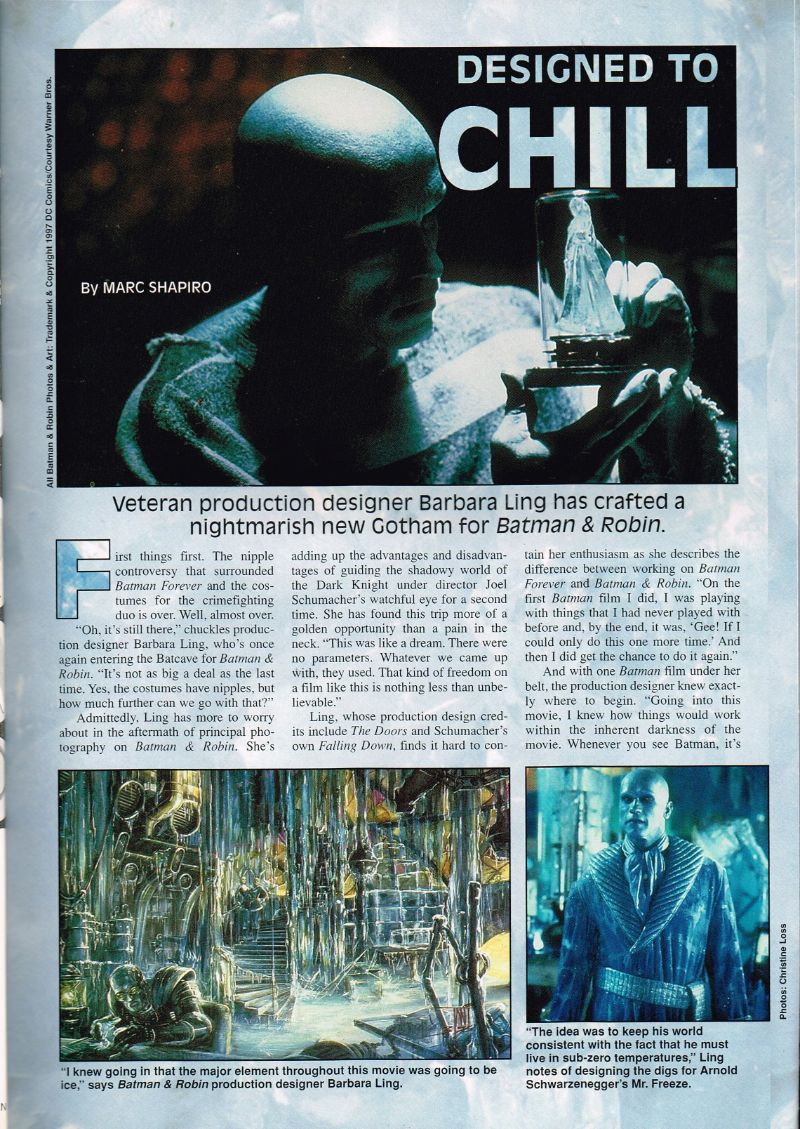 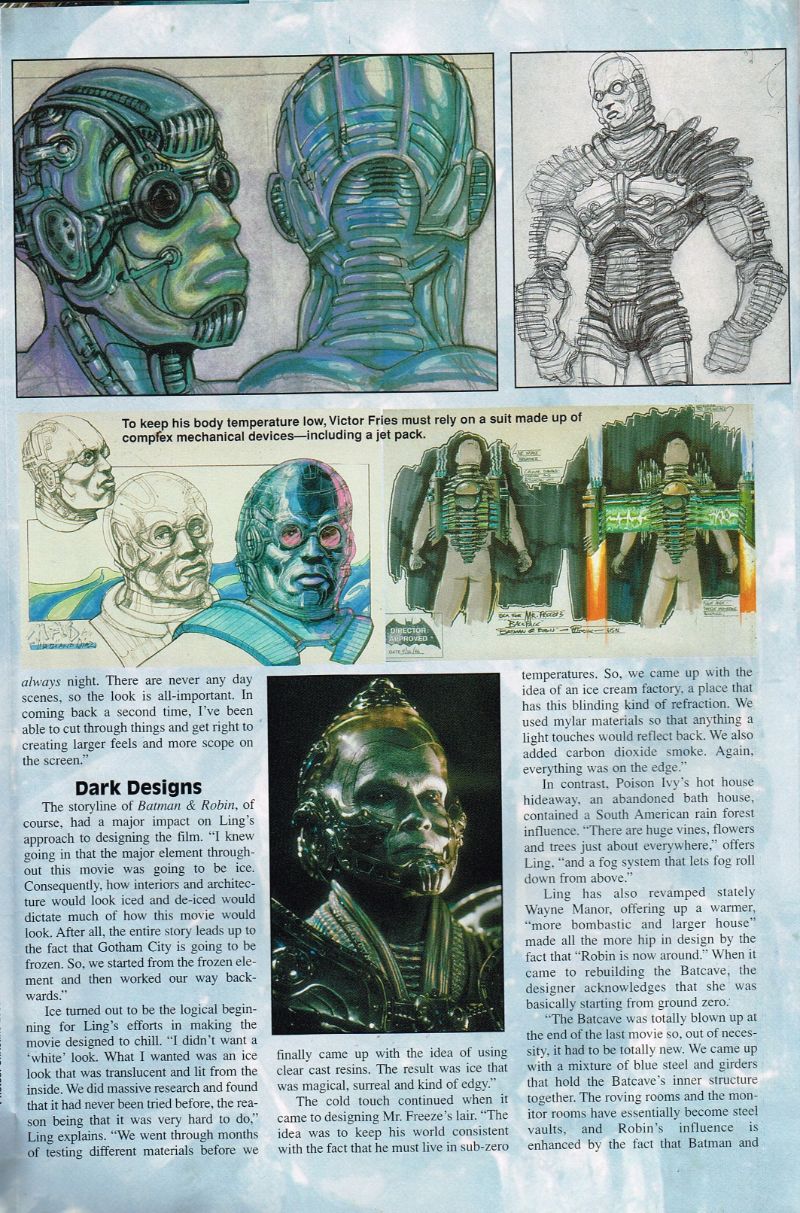 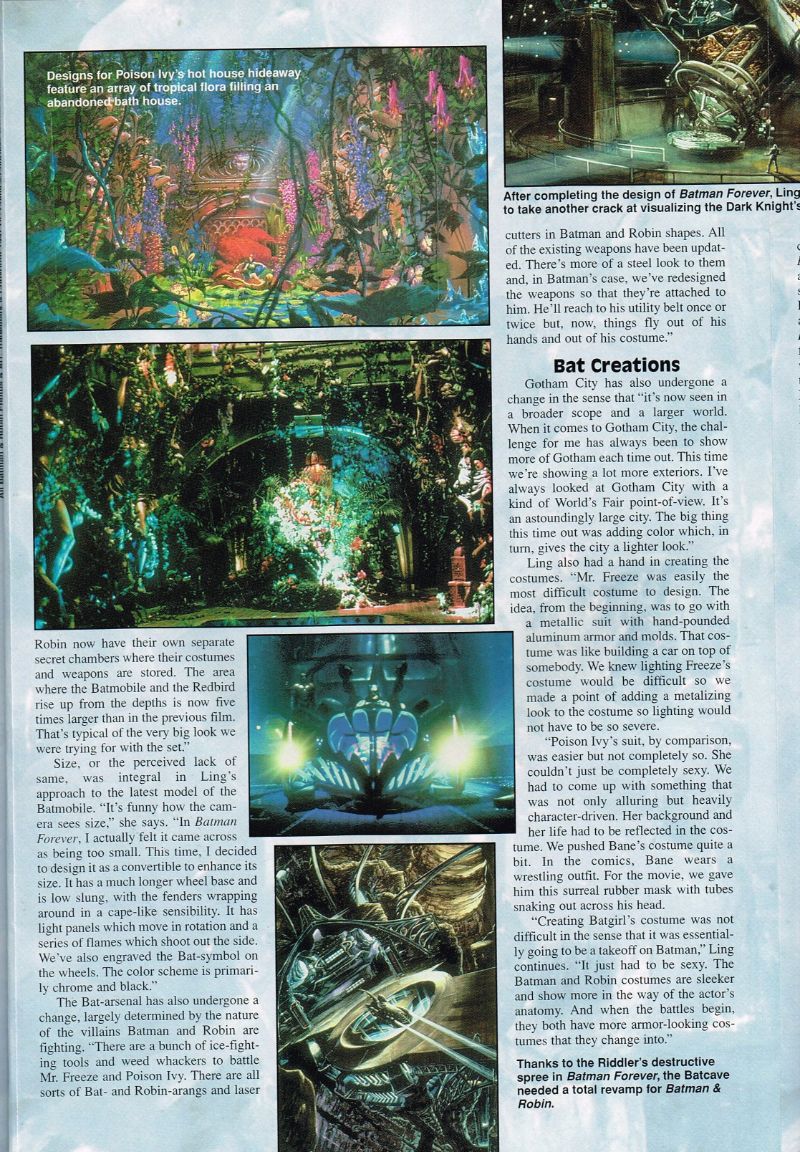 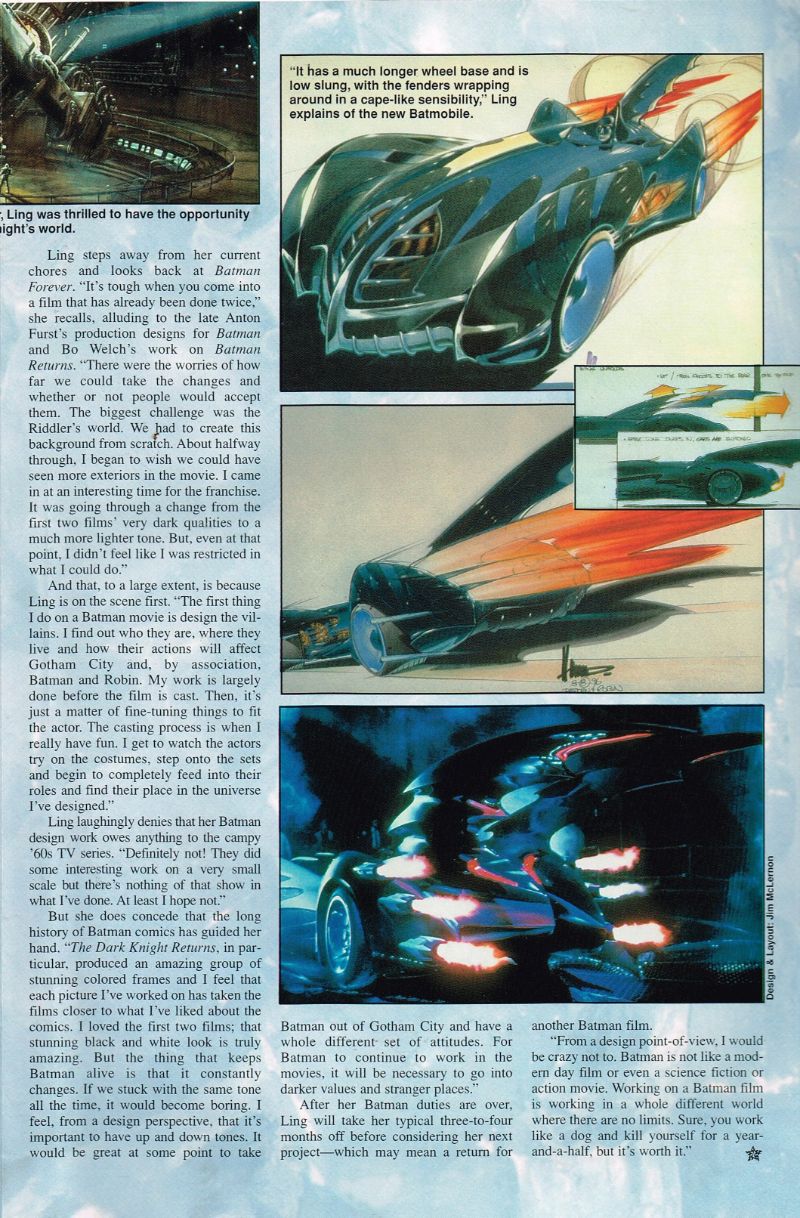 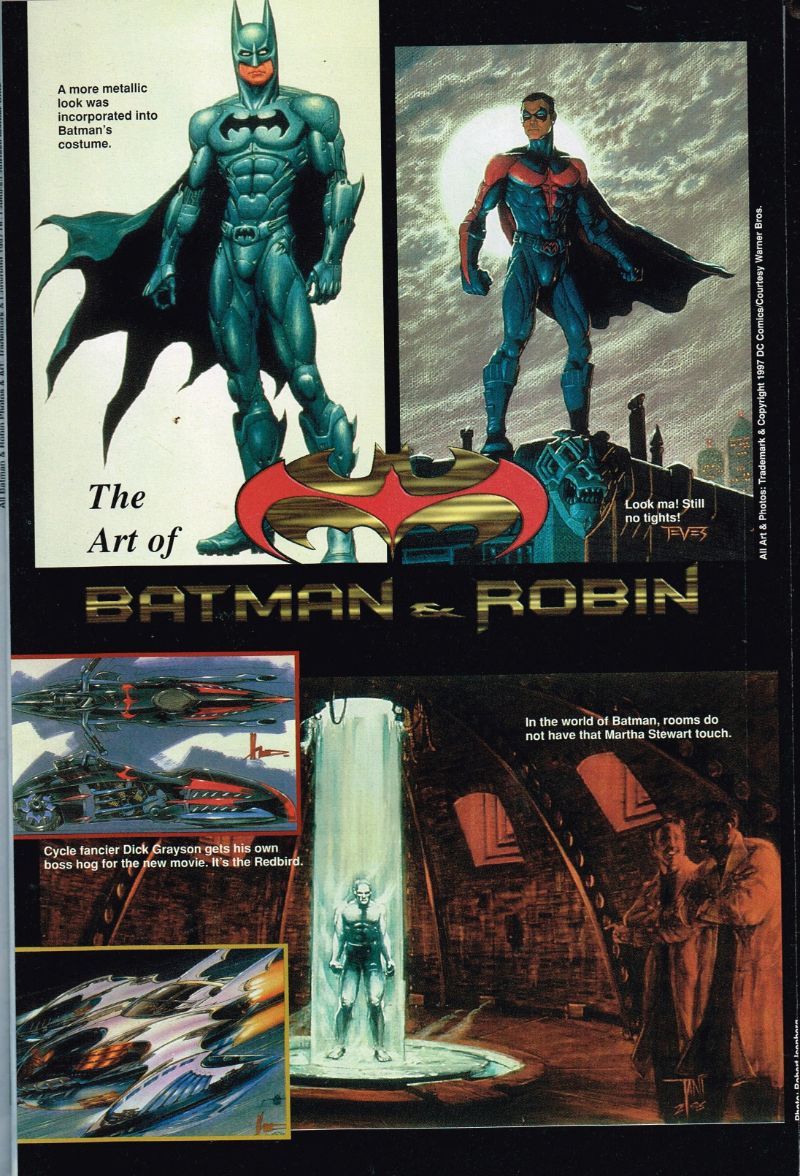 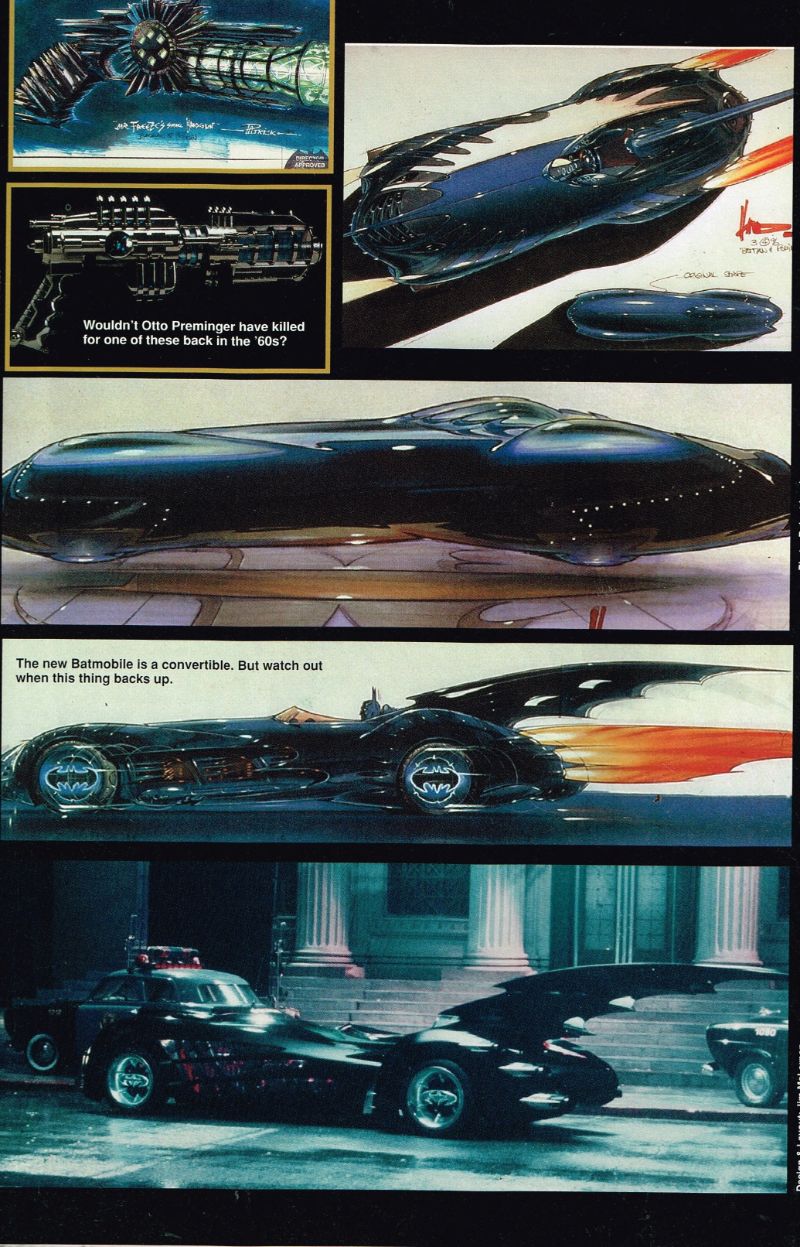 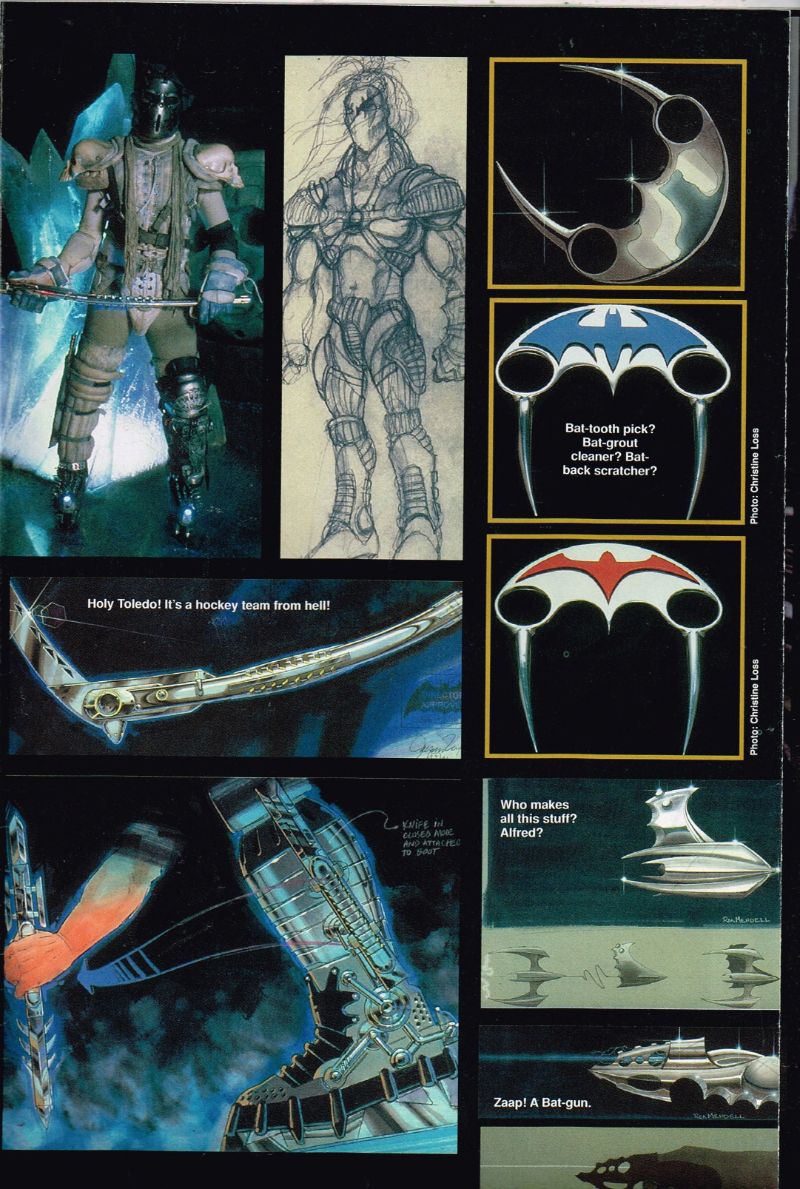 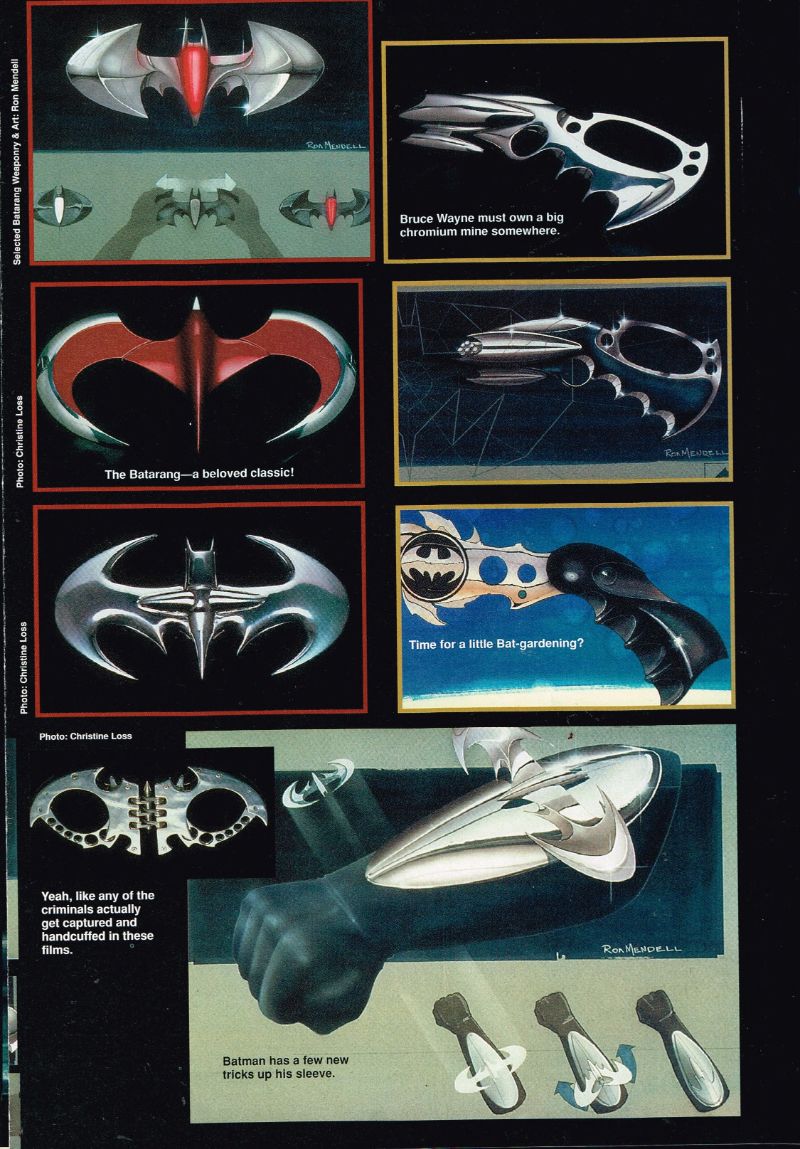 This week we've got a couple of articles from Film Review magazine (yup that's the title) that came out in May 1997. At the time very little was known about the film other than the trailer and some stills.

Some interesting bit to note. The first article suggests that Patrick Stewart was never considered to play Mr Freeze - it was purely a bit of "fan casting". However X-Files actor David Duchovny did do a screen test to play Batman (going so far as to try on the suit). Another bit of gossip that the article includes is the speculation that Michelle Pfeiffer would might have a cameo as Catwoman - which is the first and only time I've heard this.

The second article is an interview with George Clooney who is charmingly self deprecating about taking on the role of Batman from Val Kilmer. Reading these interviews now is a little bit of case of spot the awkward quote. In this interview George says he's hoping that he won't be "the first one to screw [Batman] up." 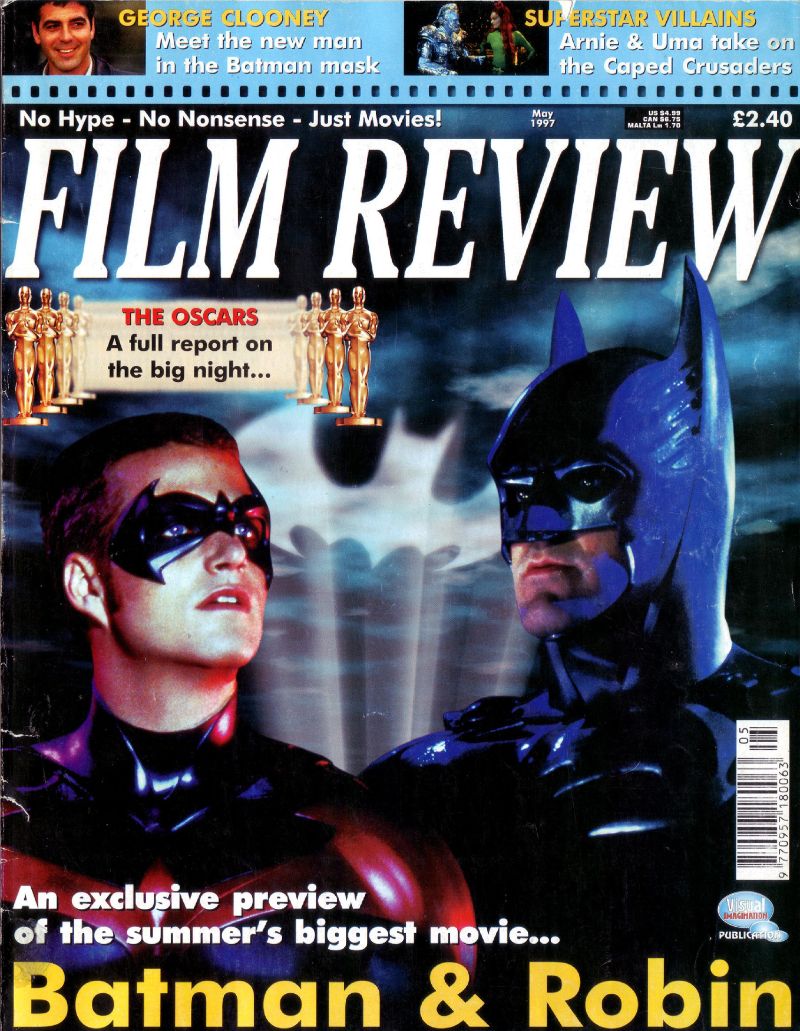 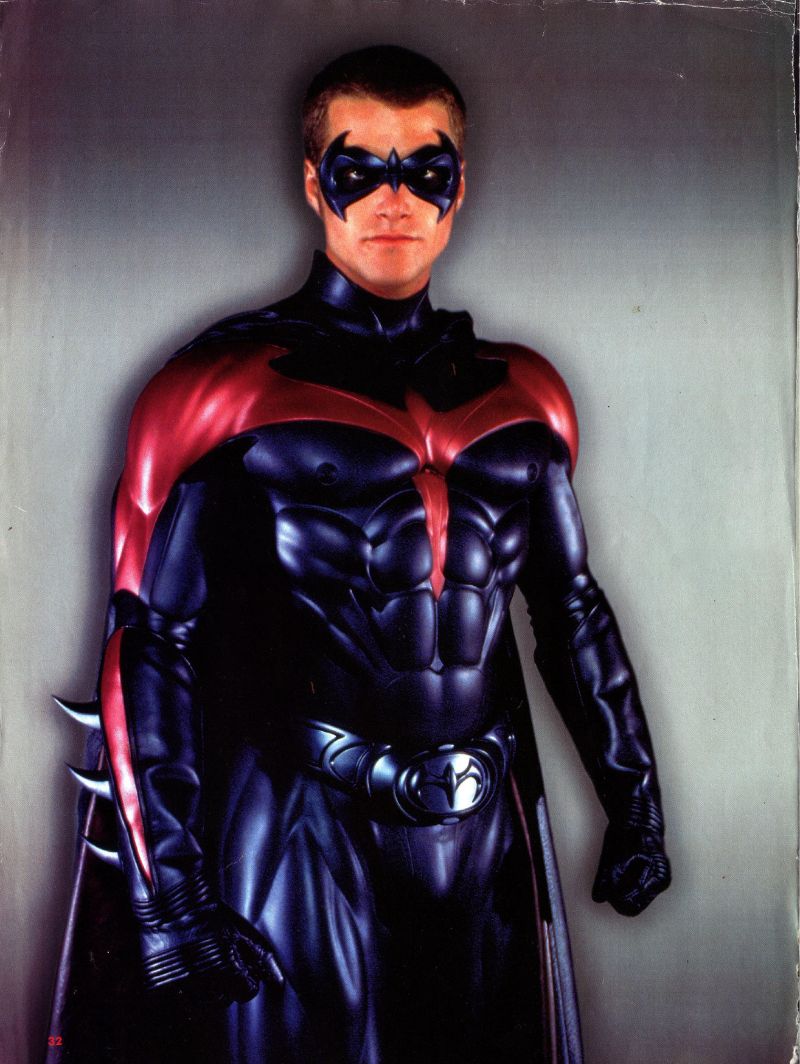 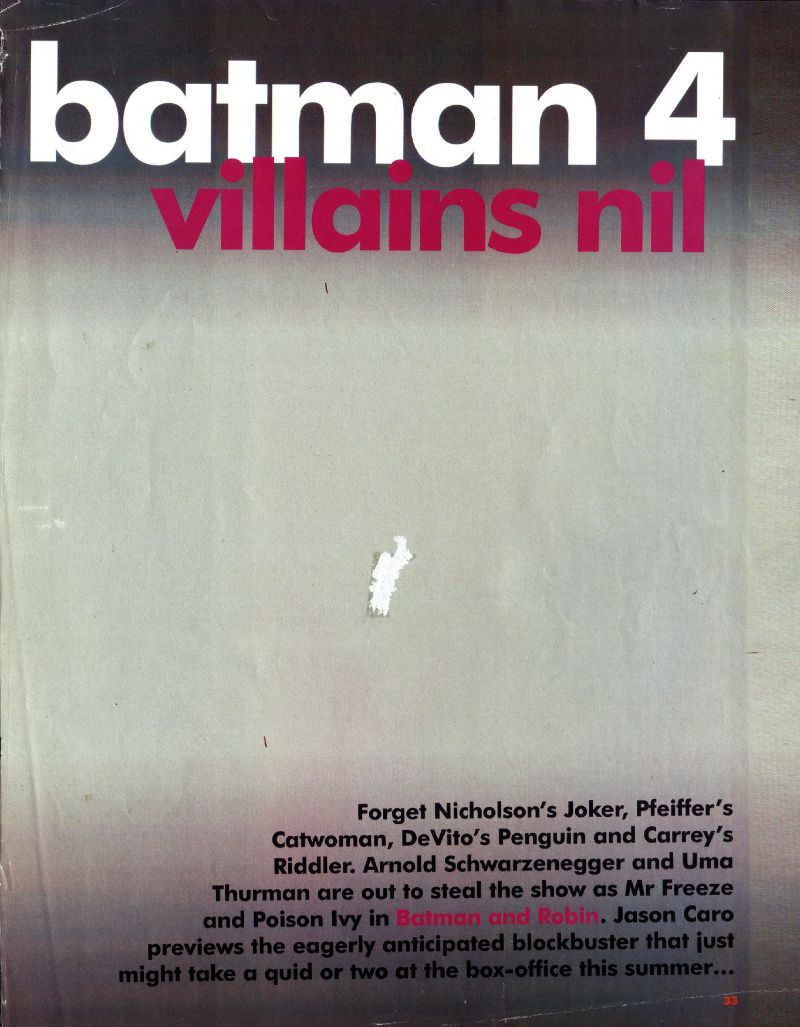 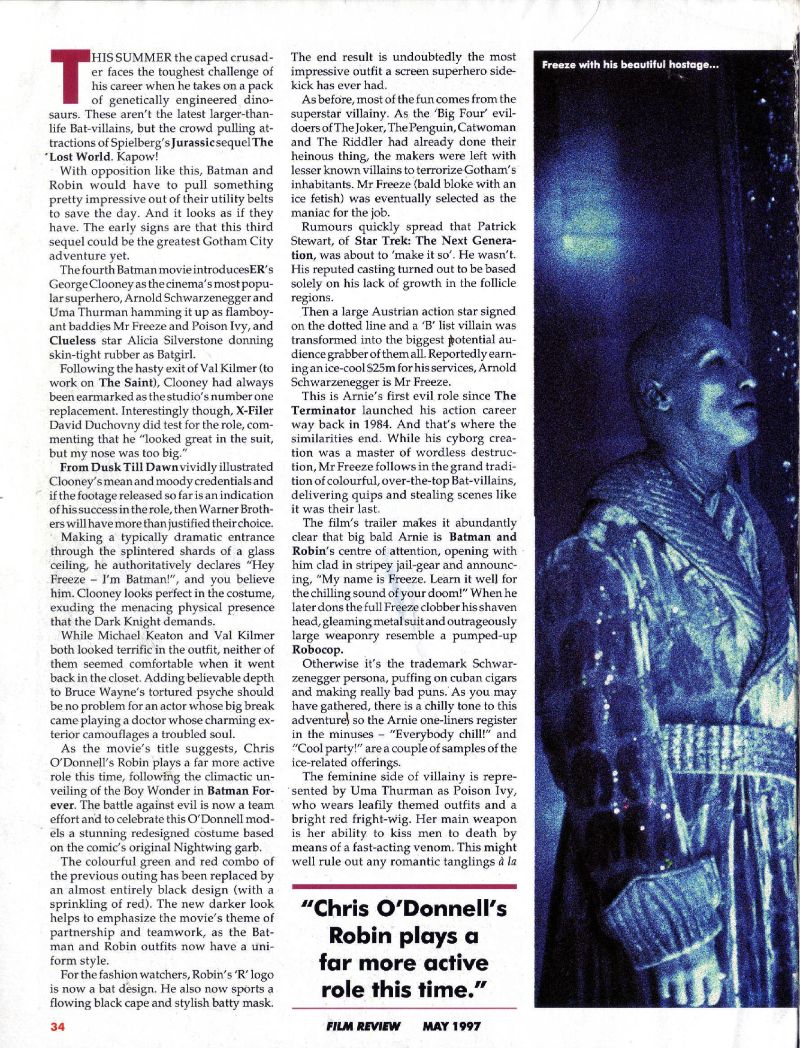 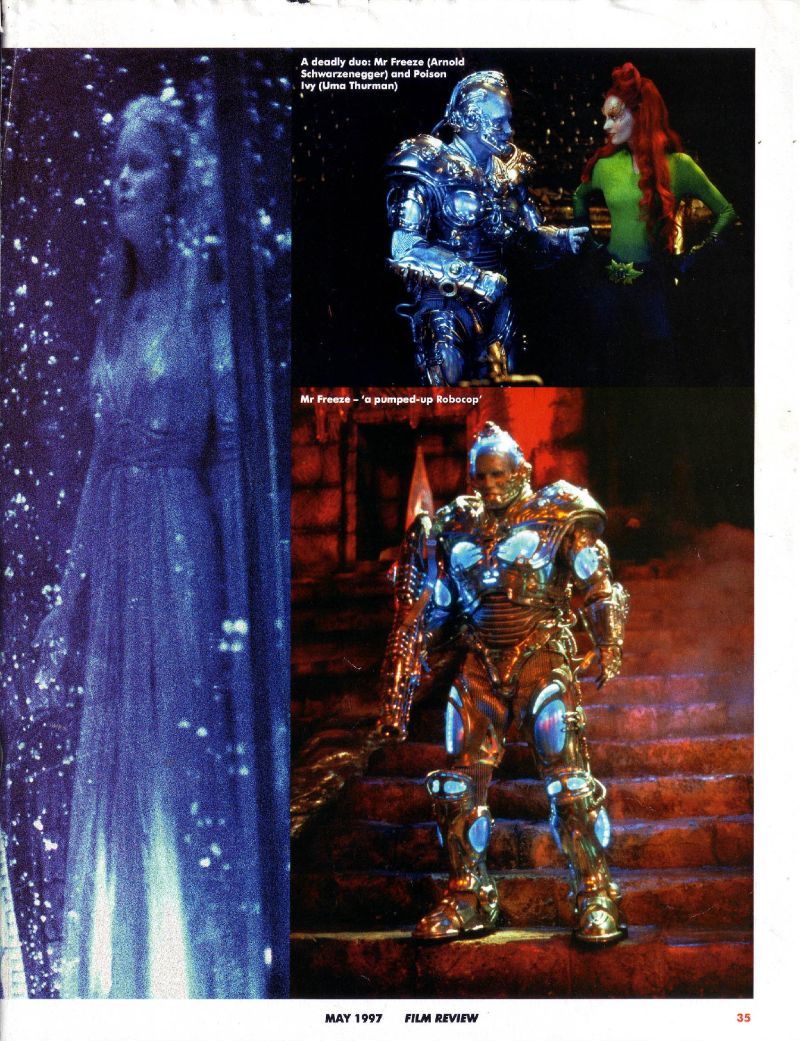 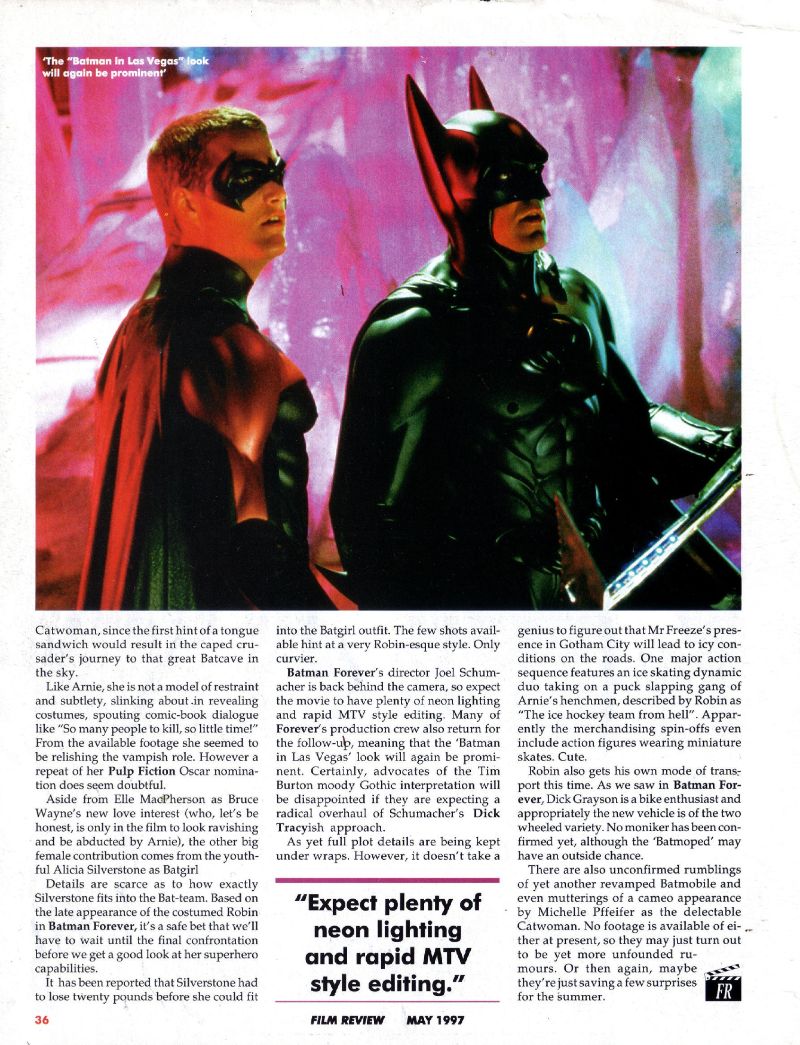 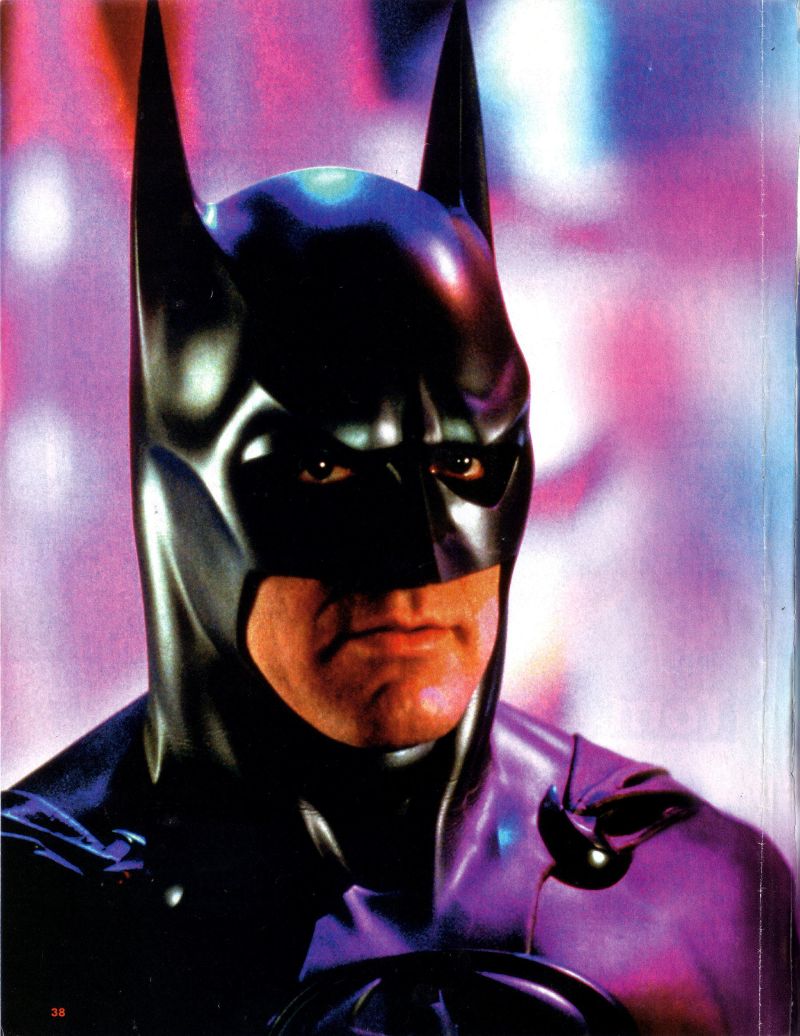 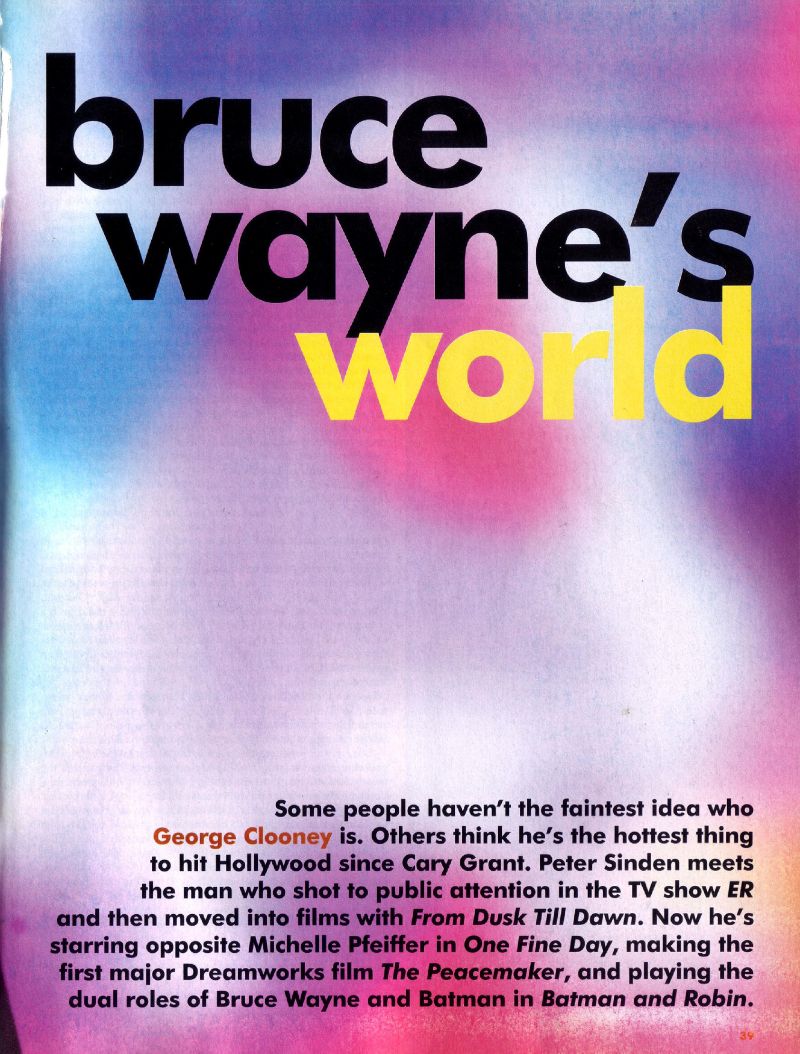 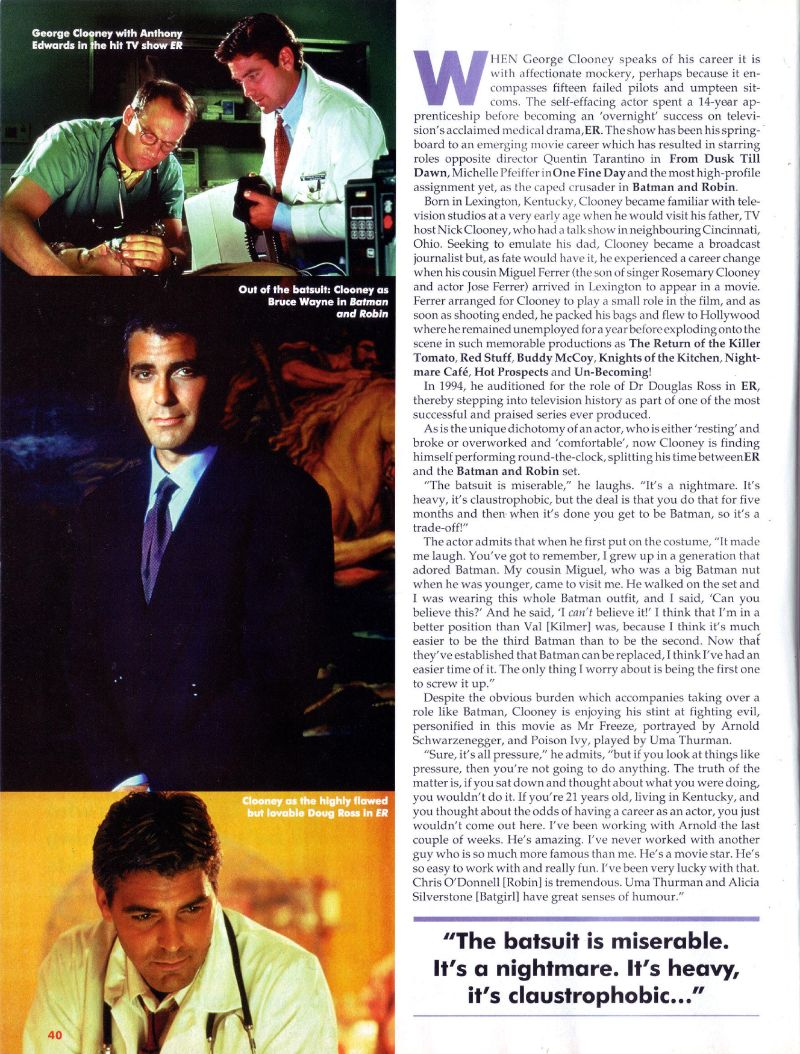 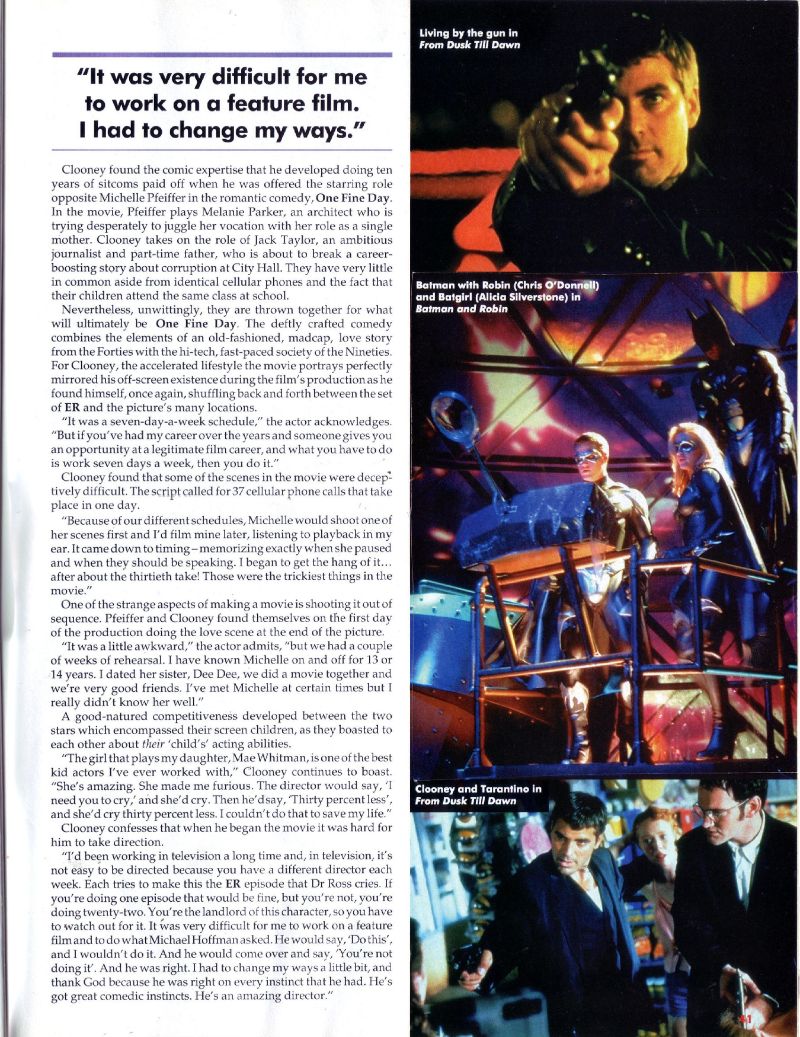 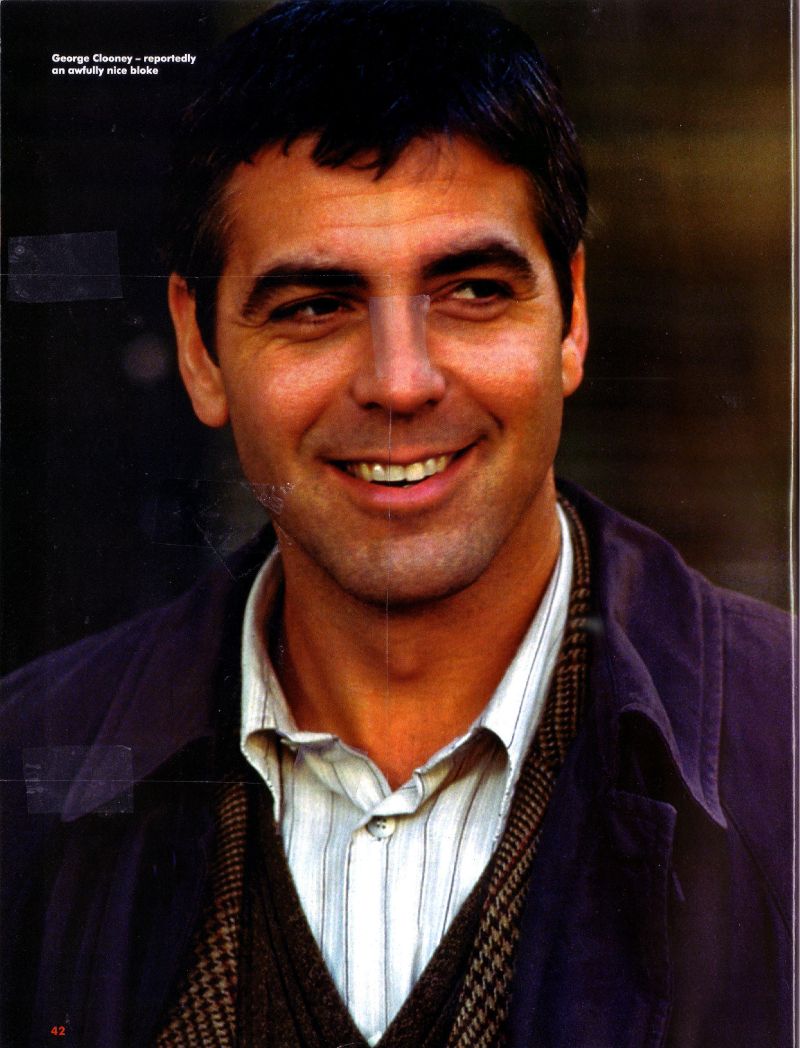 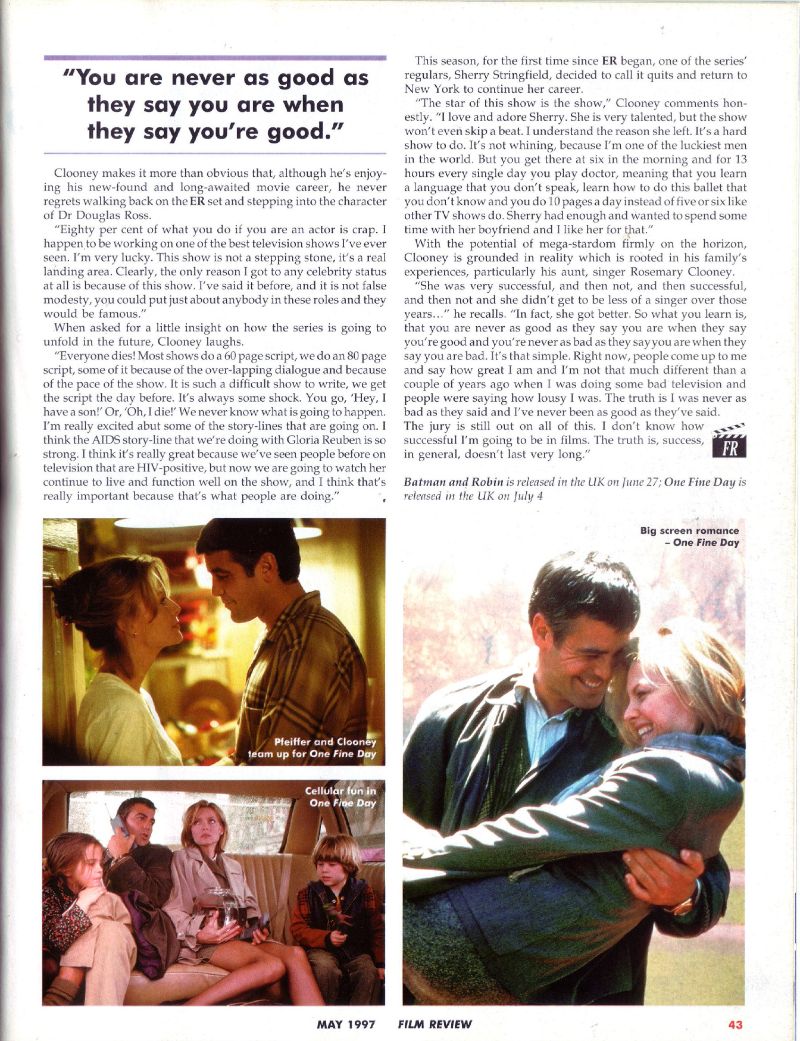