Skybox held the licence to produce trading cards for Batman & Robin (taking over from Fleer who handled the Batman Forever line). They produced a massive range of cards for the movie - all of which were produced in "widescreen" format making them a couple of centimetres longer than most trading cards.

Probably my favourite set is these collection of cards featuring storyboards of some of the key sequences - I believe the artist for these was Tim Burgard. They offer a fascinating look at what the early concept for the movie looked like - in particular notice how Robin is still wearing his old costume.

Here are series 1 and 2 - which cover some of the battle at the museum from the beginning of the film. 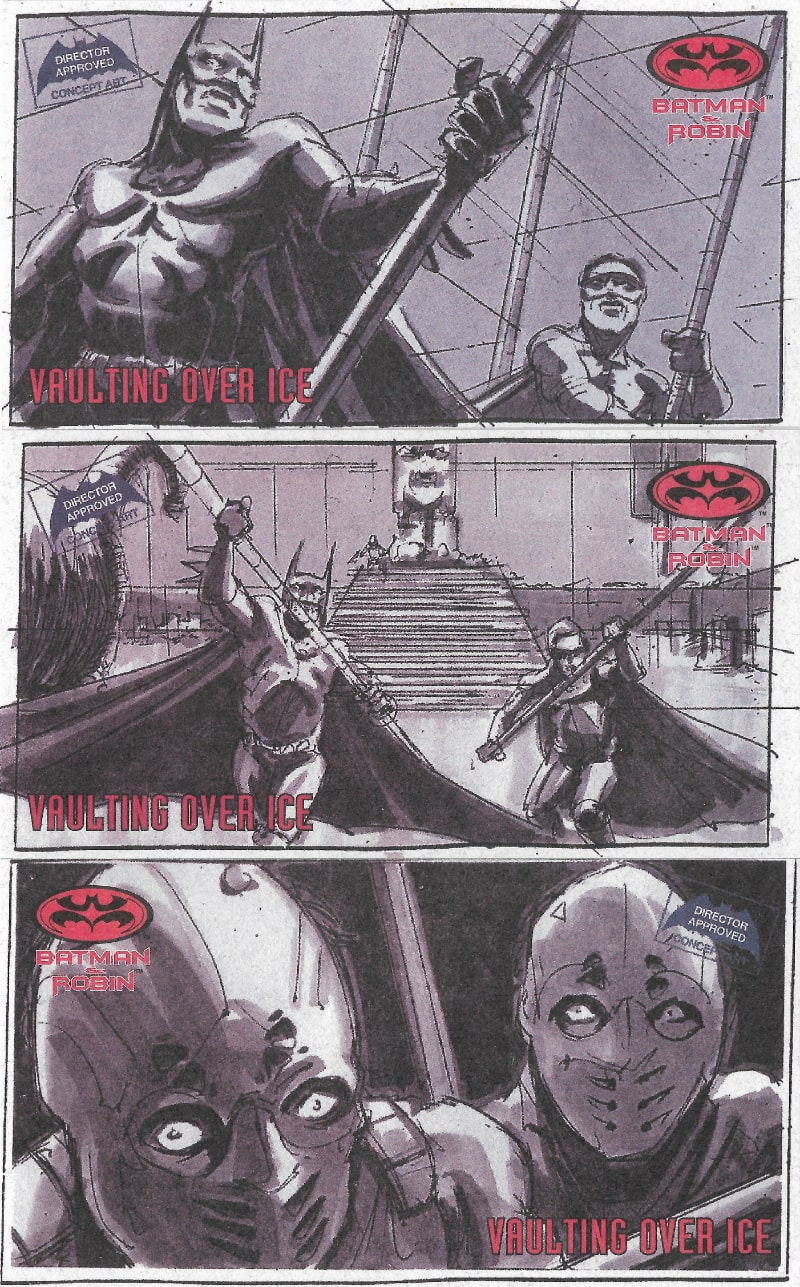 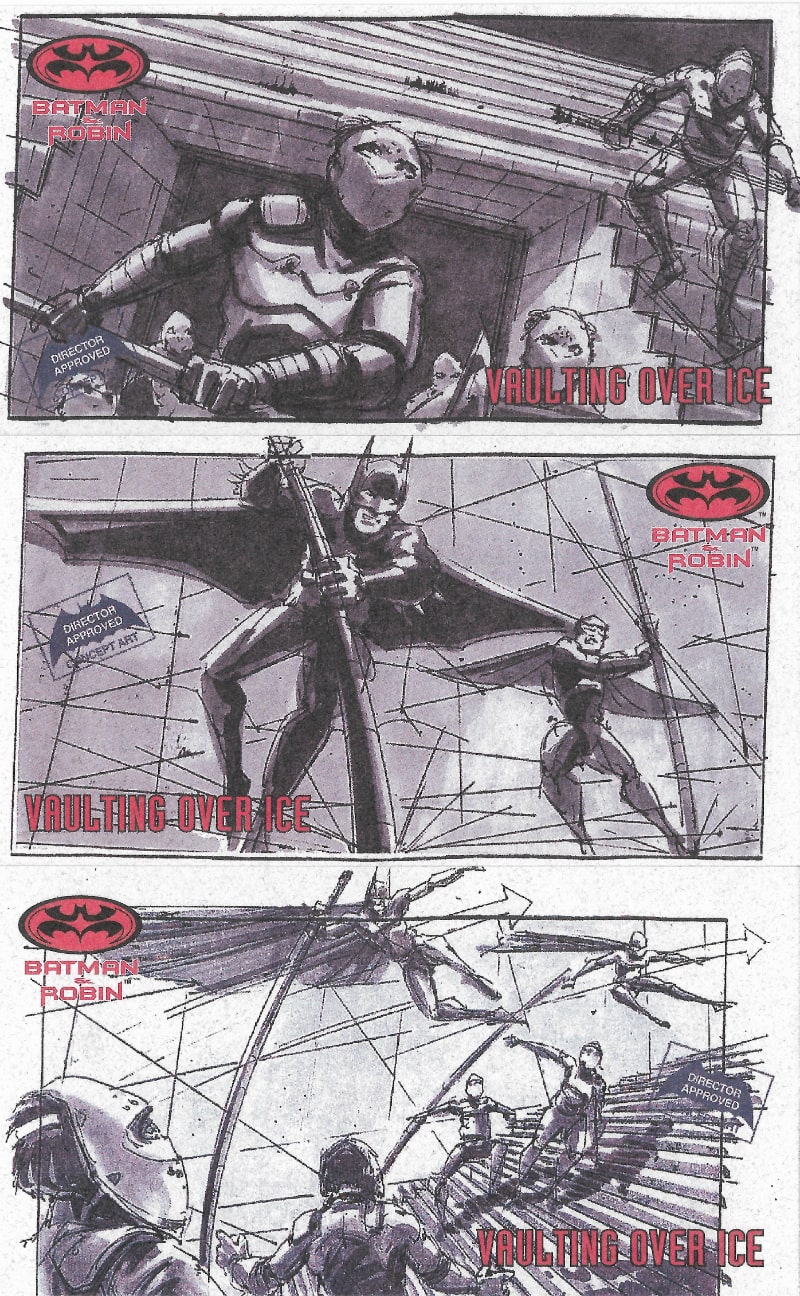 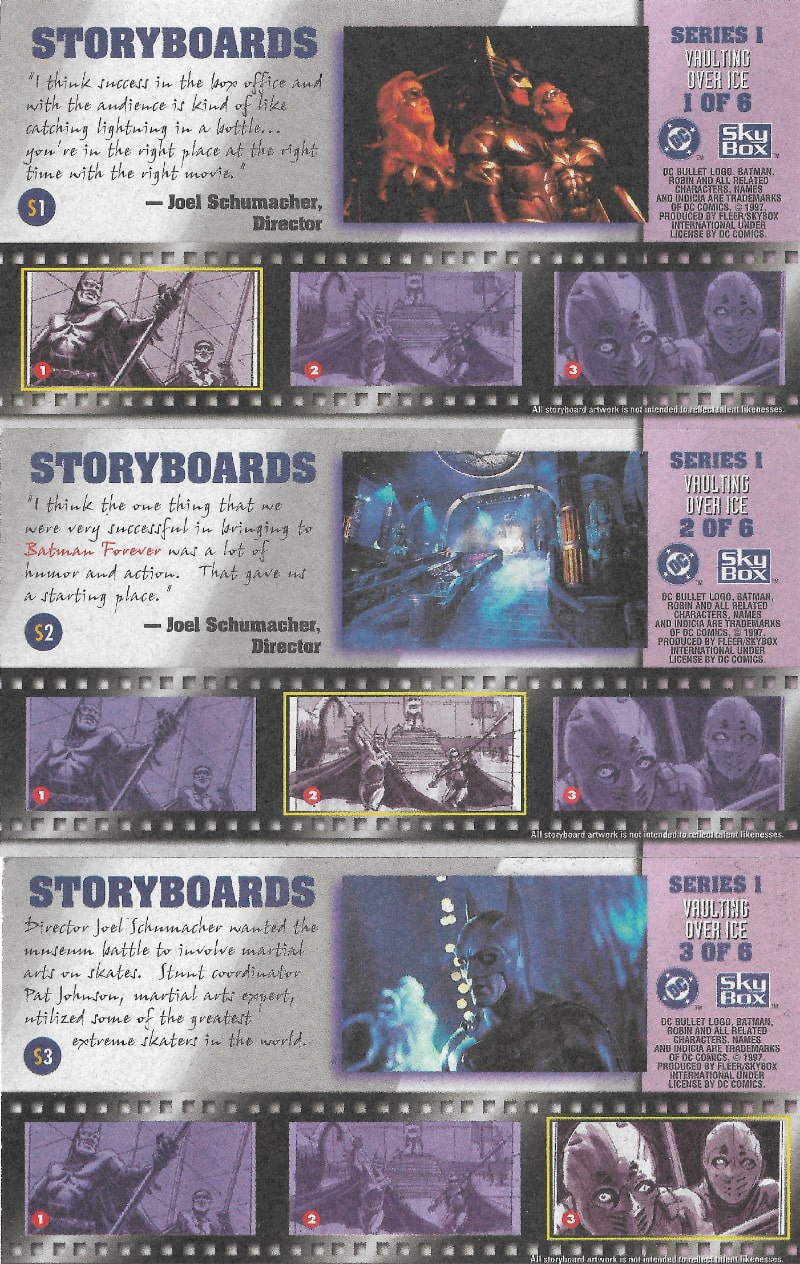 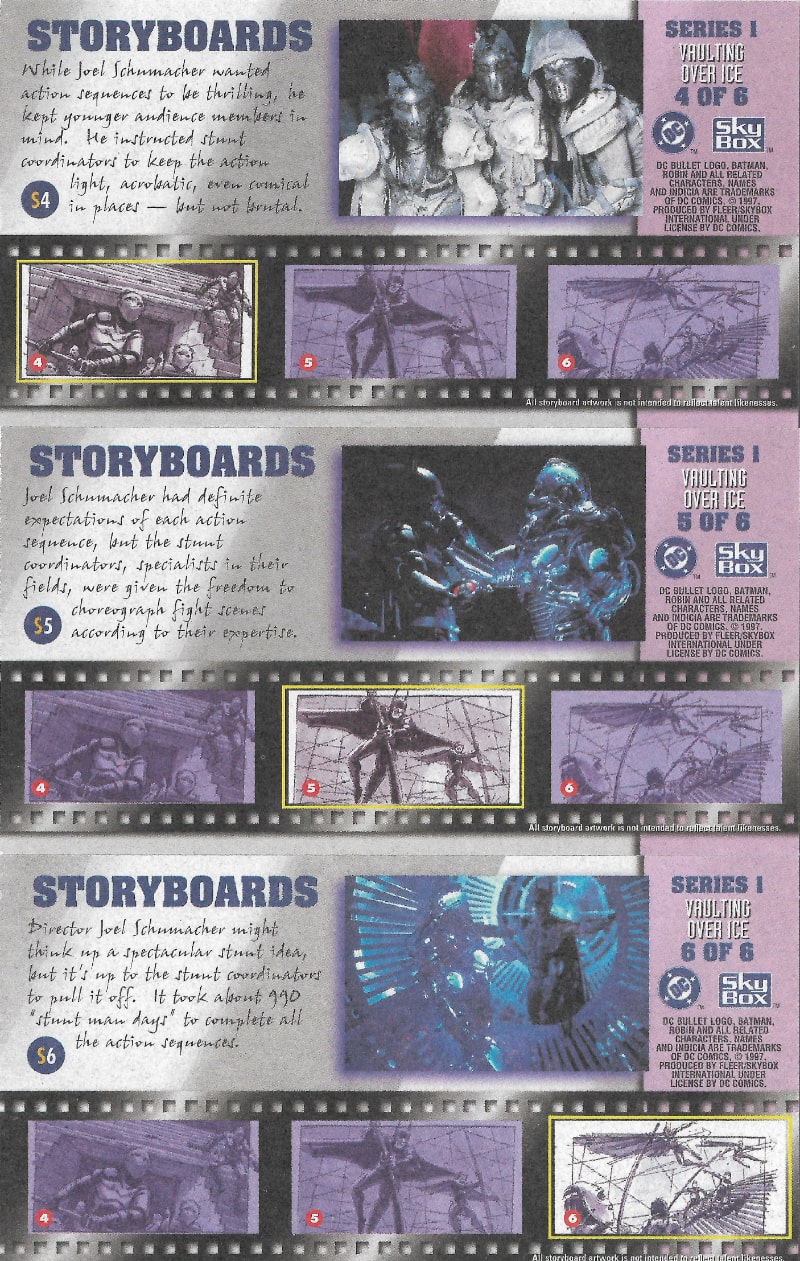 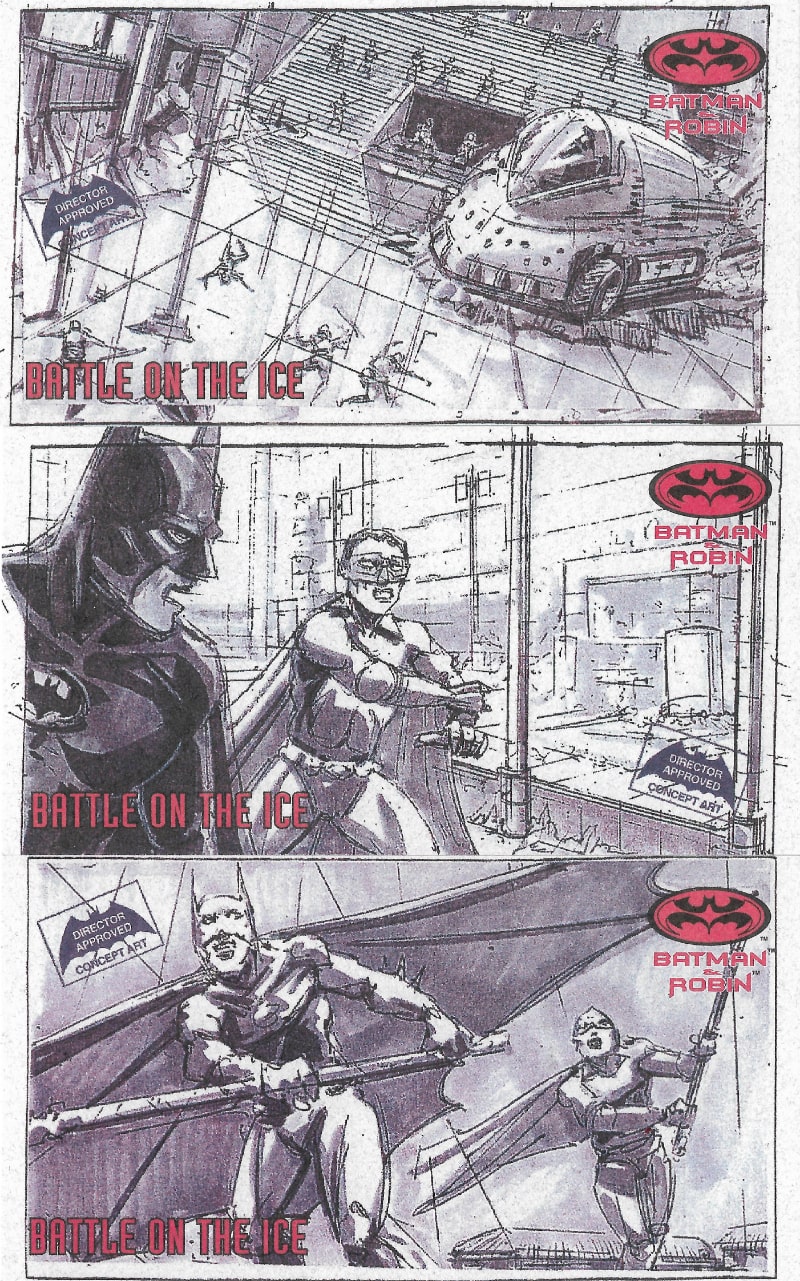 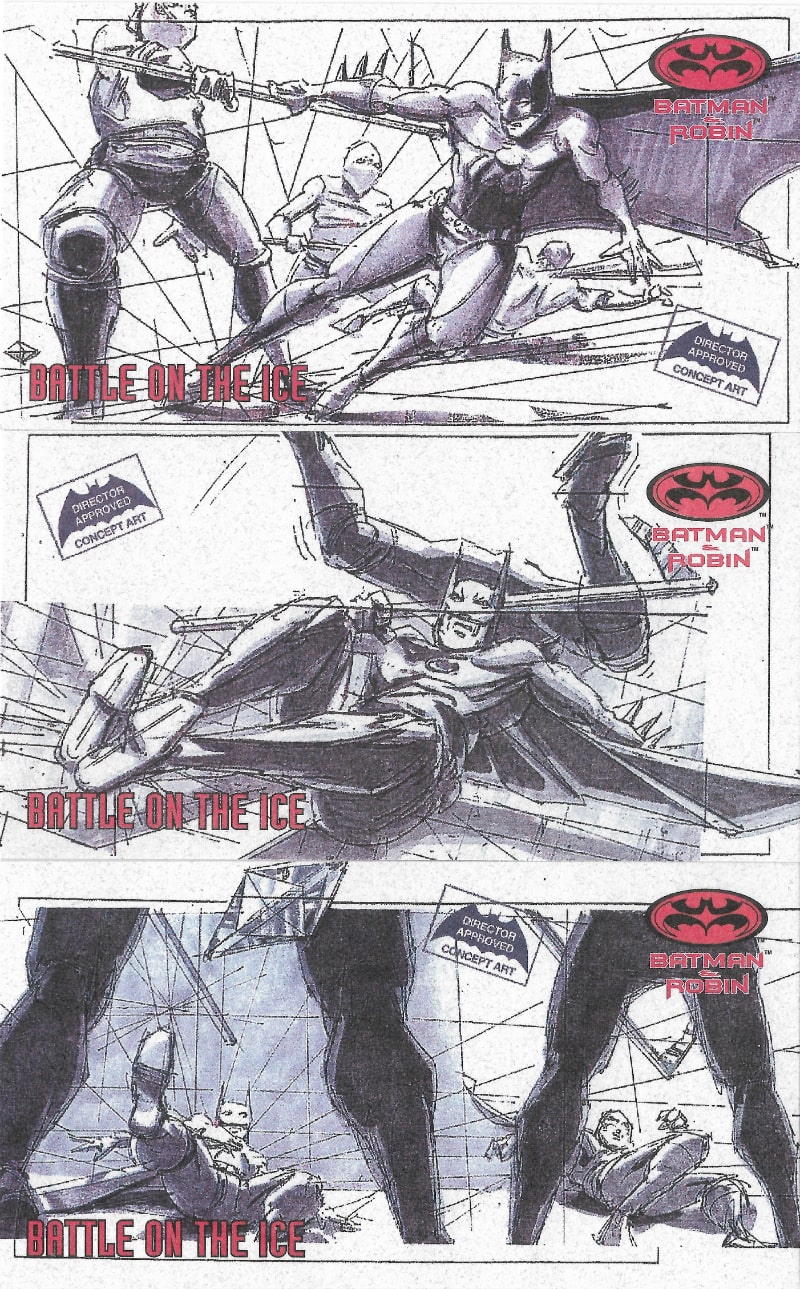 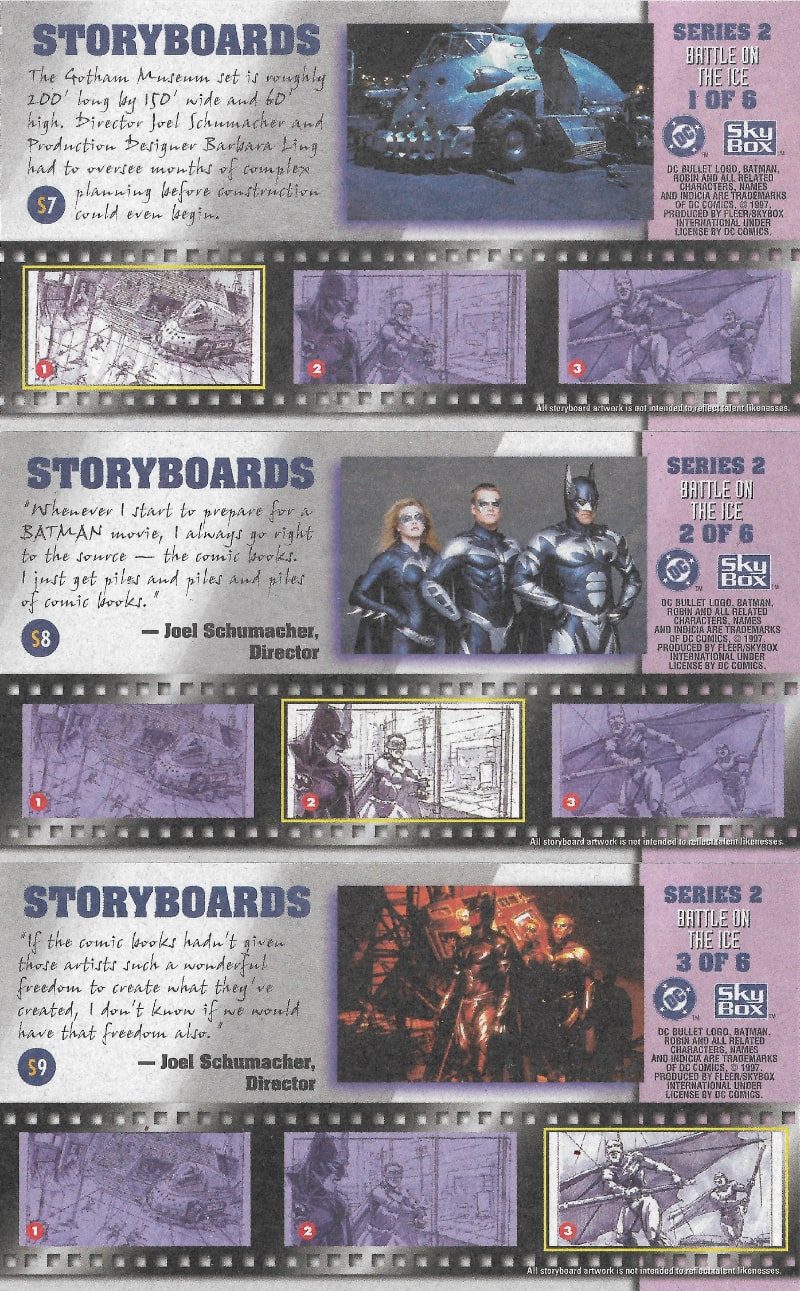 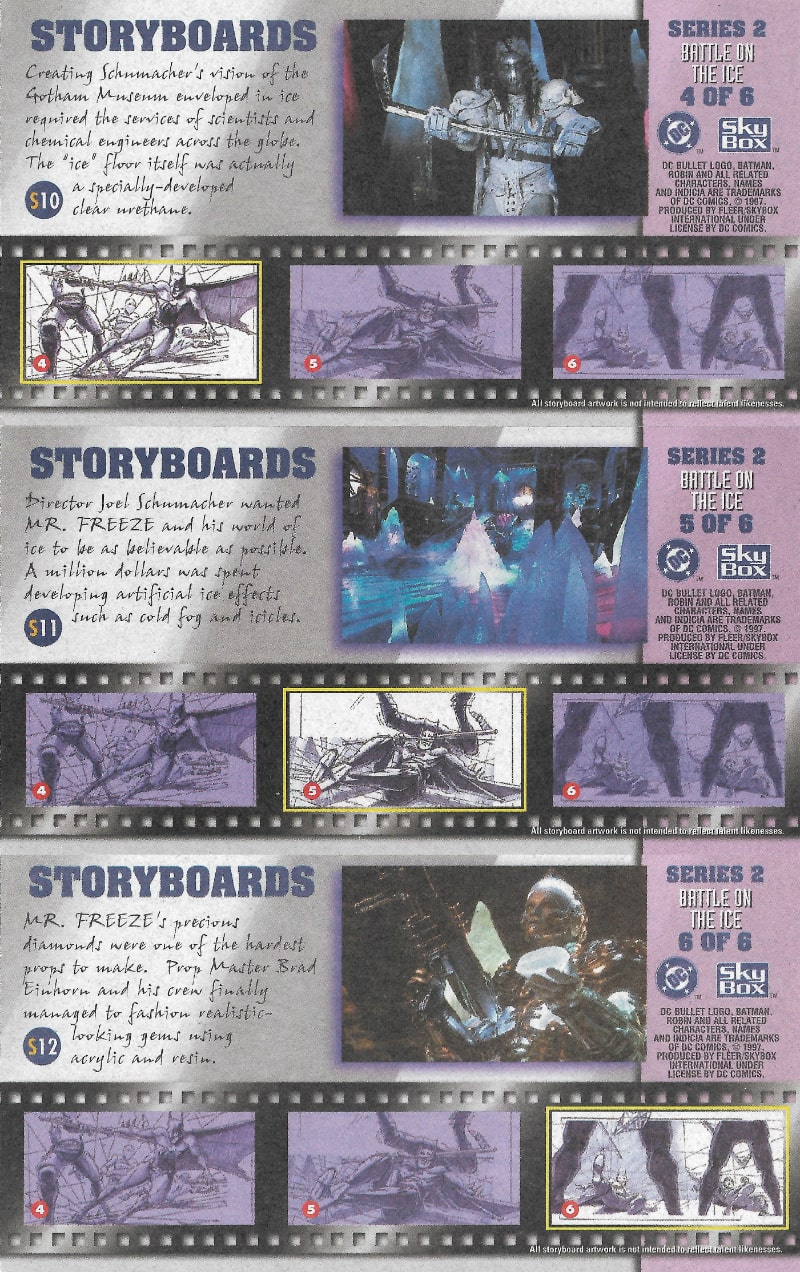