Returning to the Film Review Special - we have an interview with Arnold Schwarzenegger about playing Mr Freeze. The other topics covered are his heart surgery that happened almost straight after filming and his thoughts on movie merchandising (spoilers: he loves it, which is probably due to him having a percentage of Batman & Robin's merchandising profits as part of his contract).

Then we have an interview with Joel about making the film. Interesting to note that when a fifth film is mentioned at the end he says he would direct George and Chris and would look to bring back "one or two other characters." I presume he's referring to the idea of bringing back Jack Nicholson as the Joker. The only other character I can think is maybe Michelle Pfeiffer as Catwoman??? 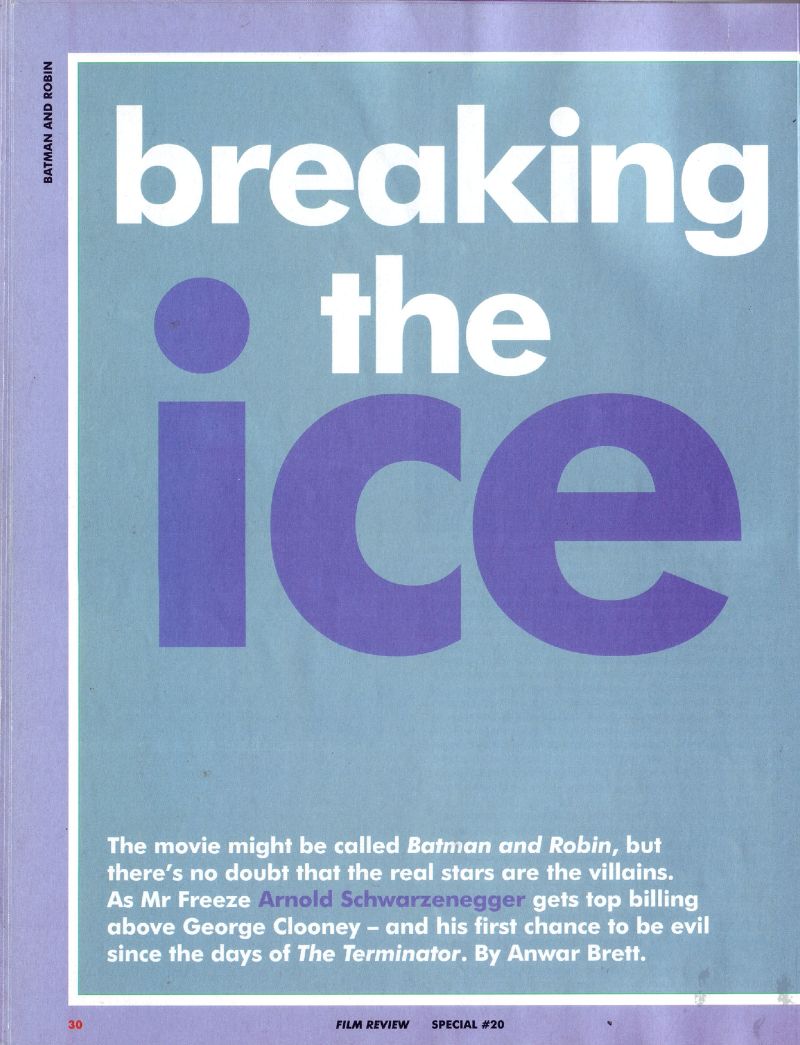 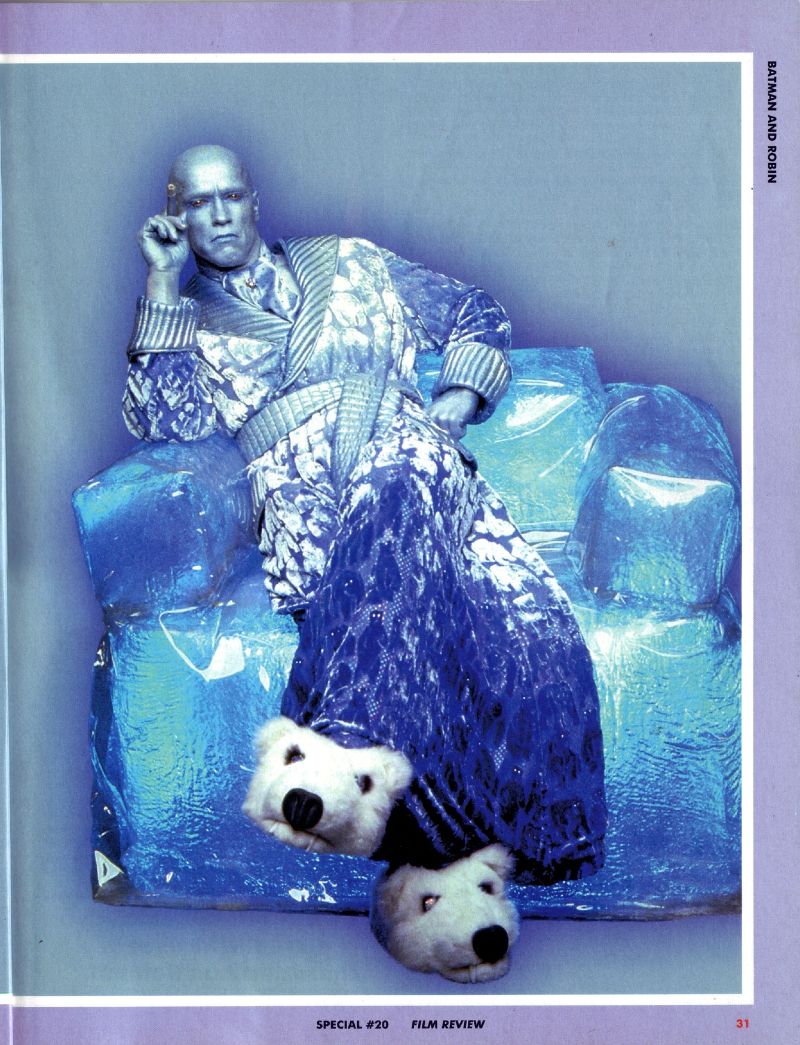 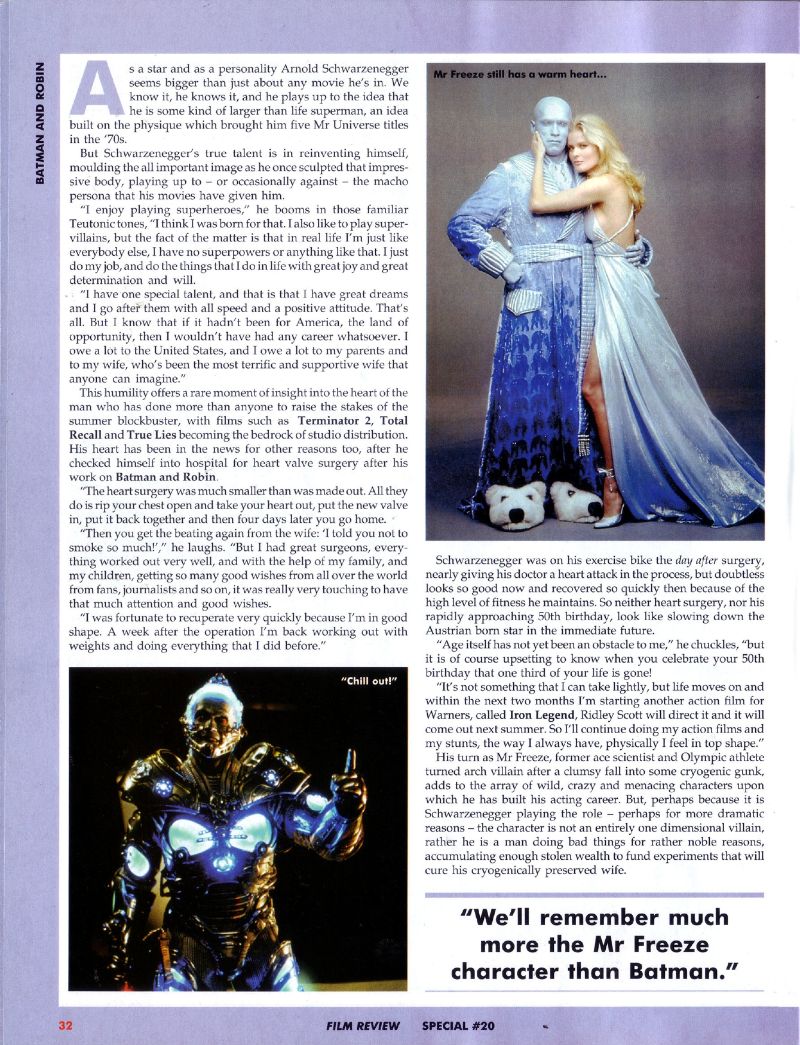 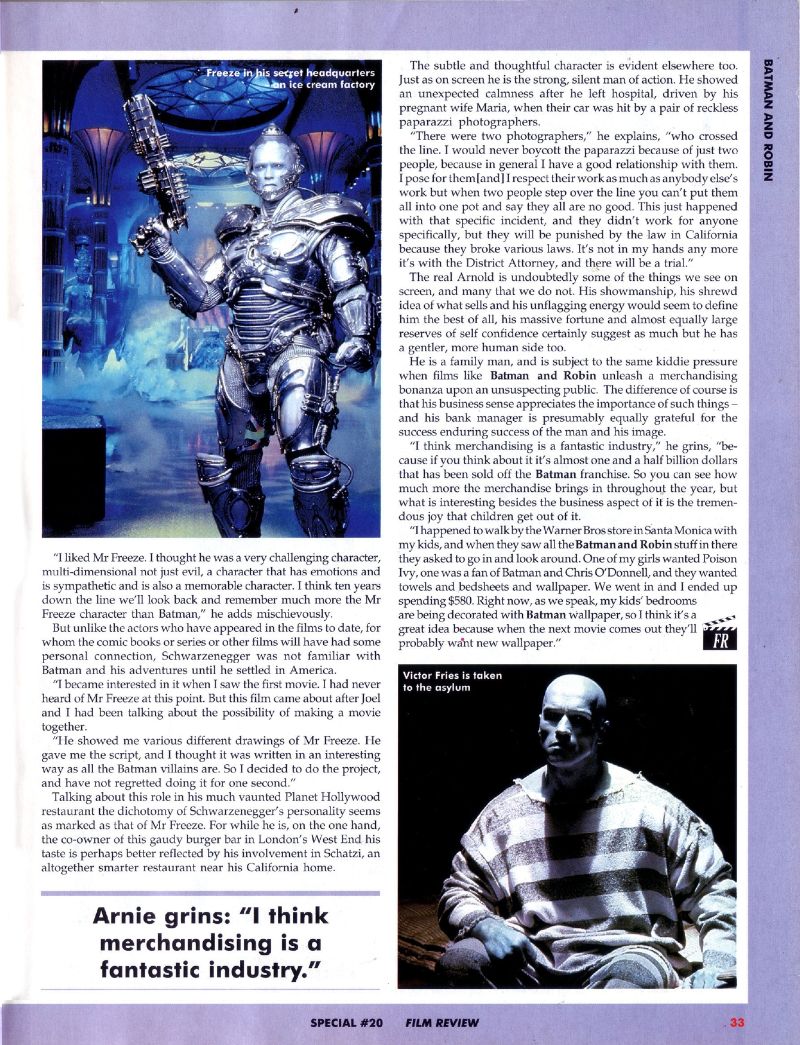 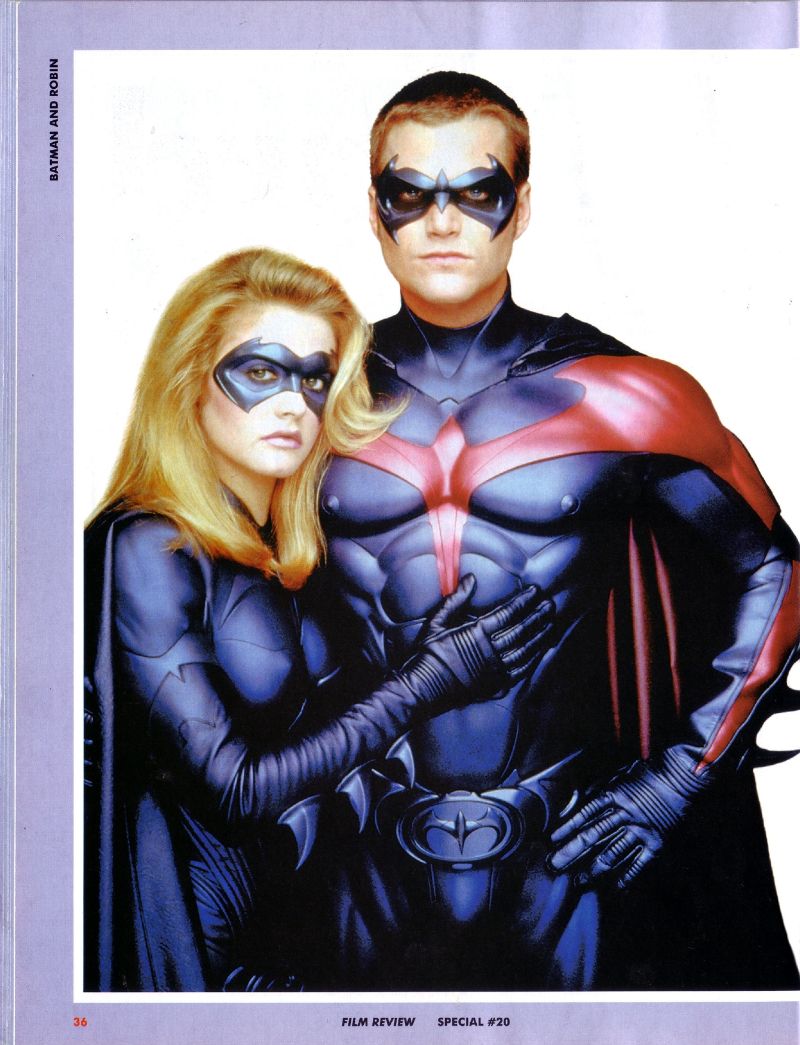 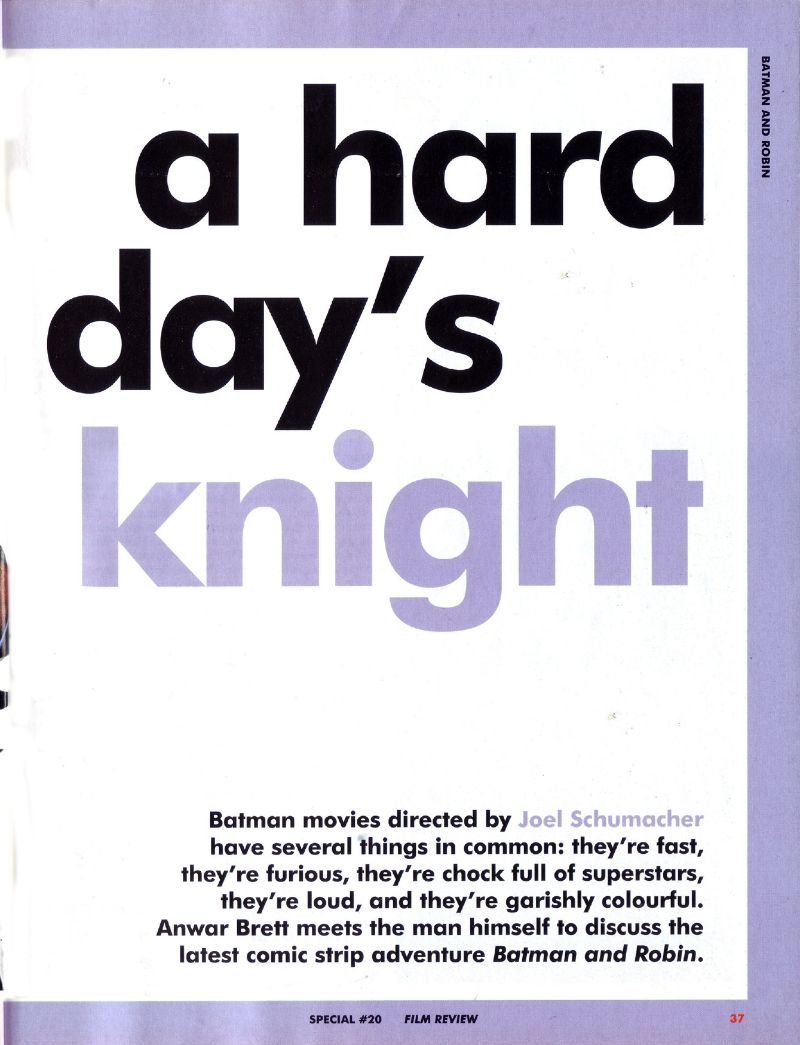 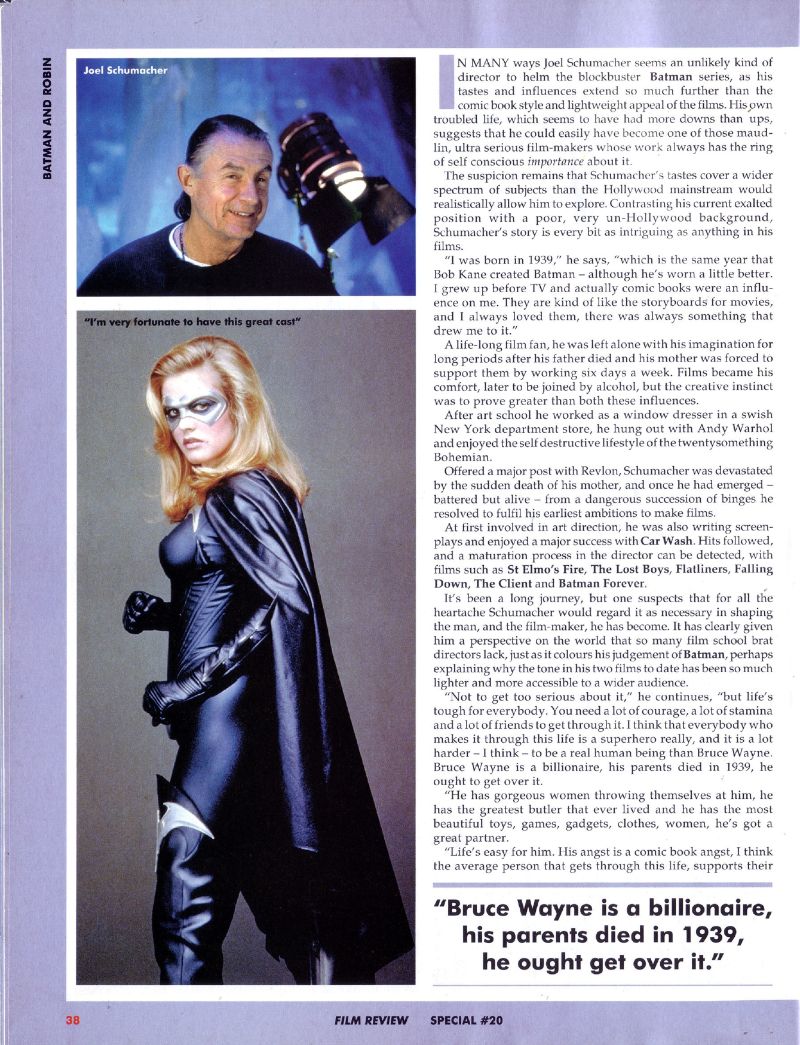 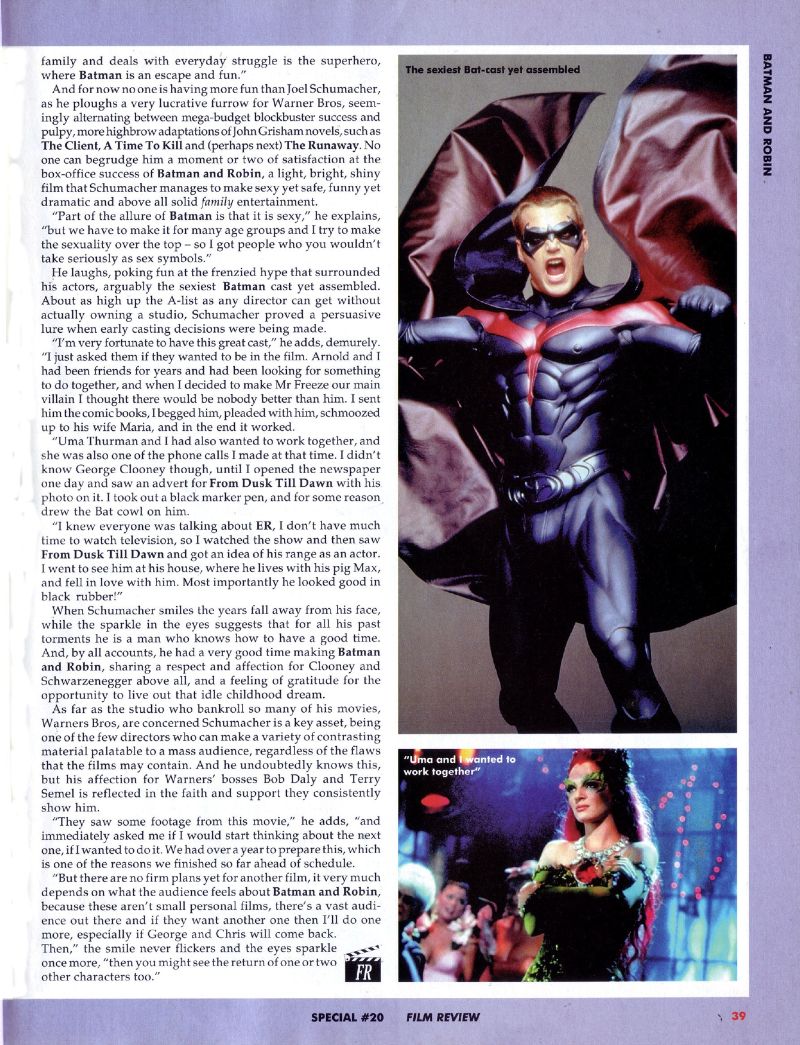