Film Review did a big Special magazine covering two of 1997's biggest Summer blockbusters - The Lost World and Batman & Robin (as well as a bunch of articles on the other Batman films).

First up we have an introduction to the film from Joel Schumacher and writer Akiva Goldsman who posits it as a film that is about "how individuals reckon with loss" which is an intriguing concept and it's a shame the film doesn't fulfil that objective.

Next up is a typically self deprecating interview with George Clooney who from the sounds of it - wasn't actively campaigning for the role of Batman but more fell into it. 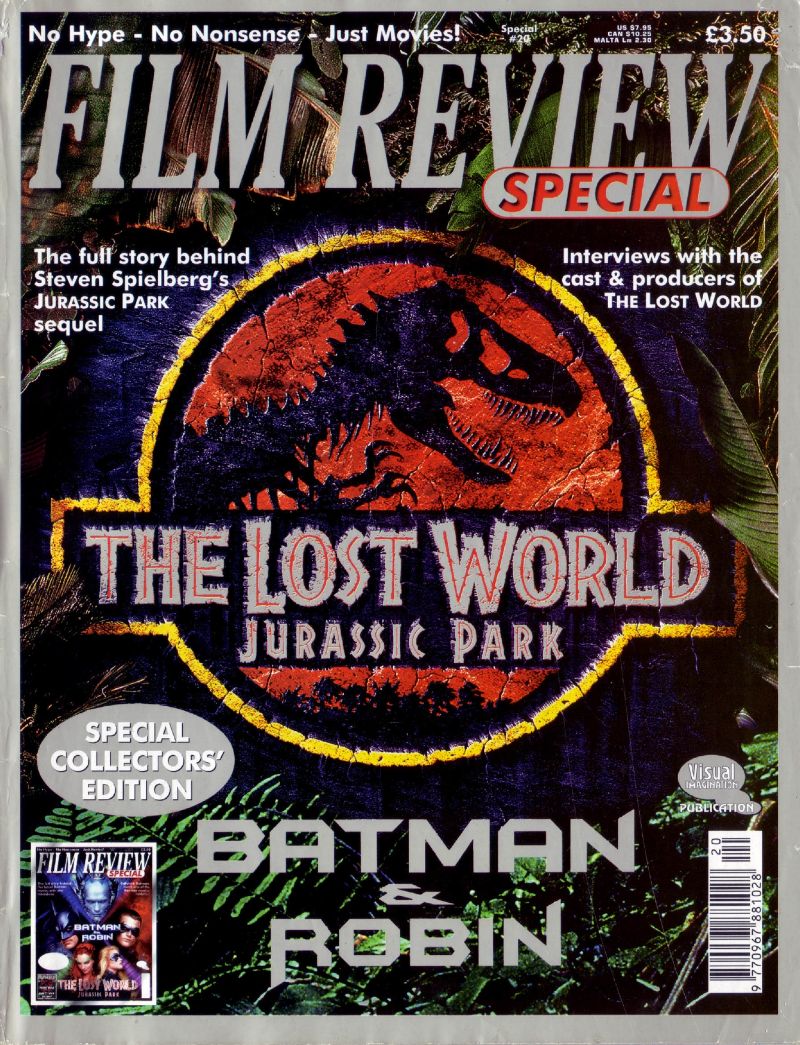 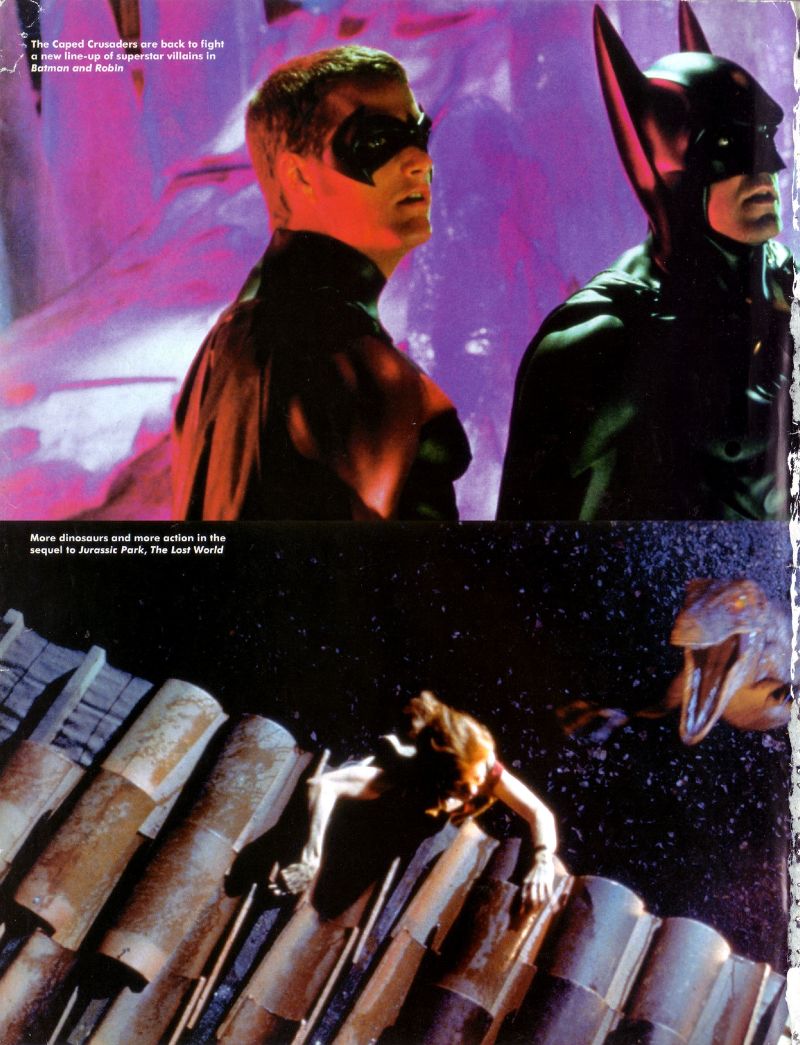 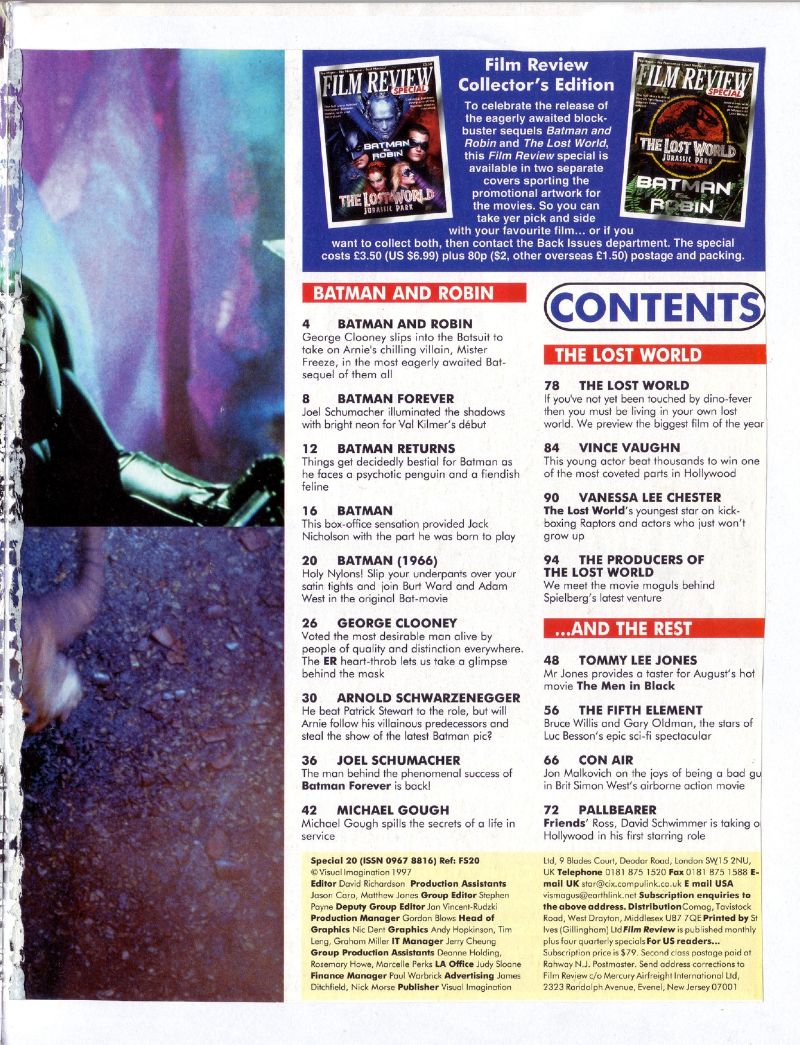 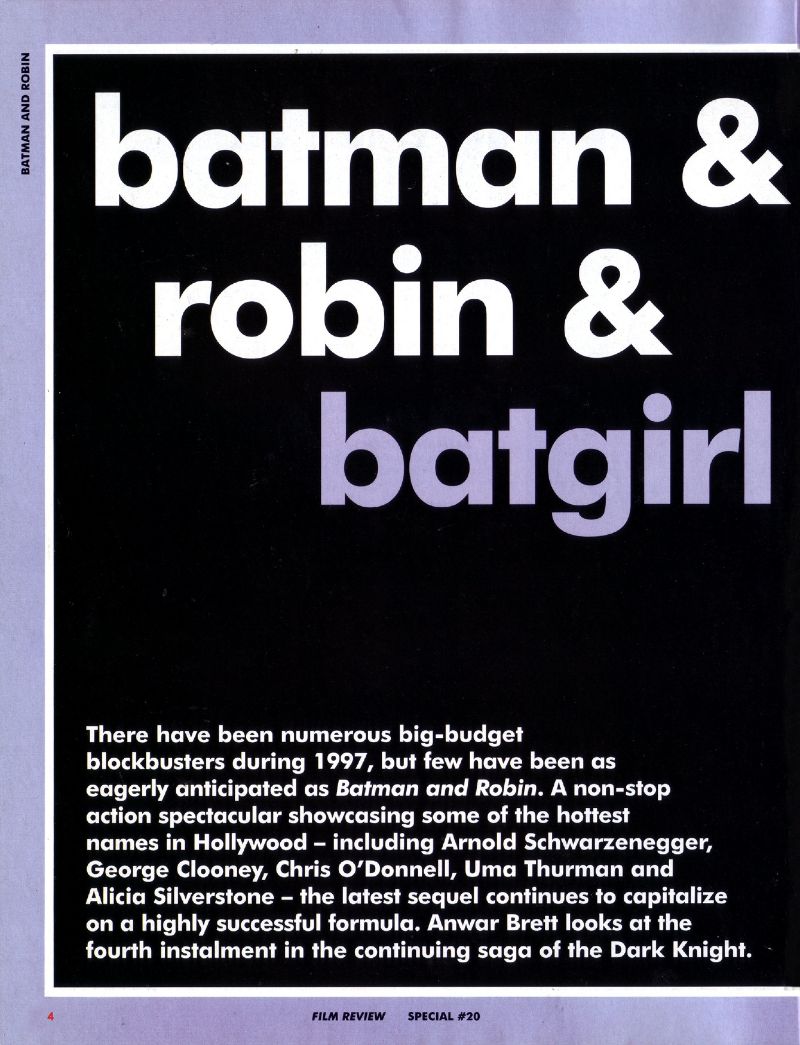 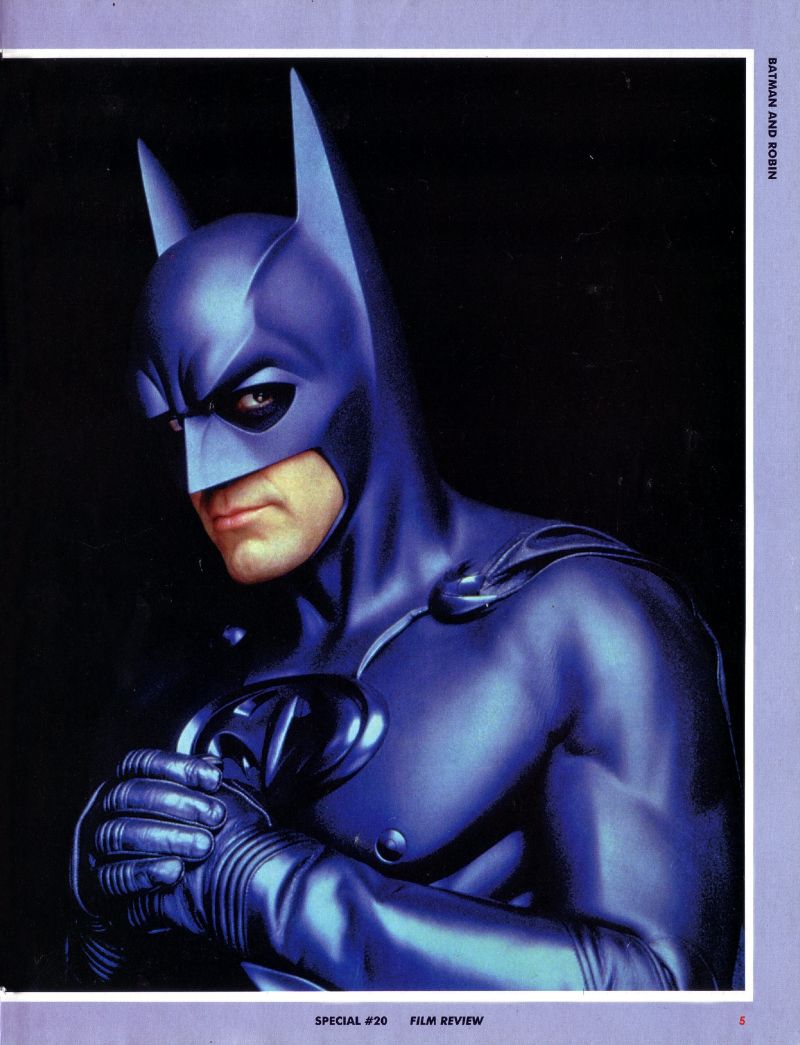 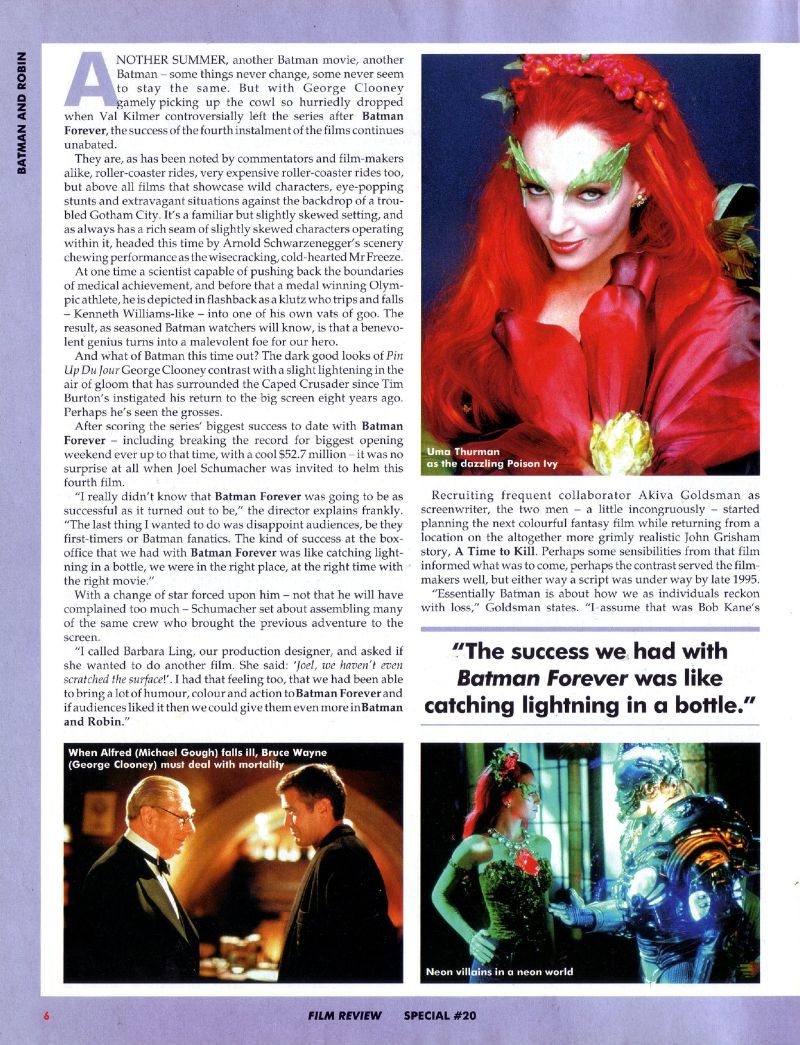 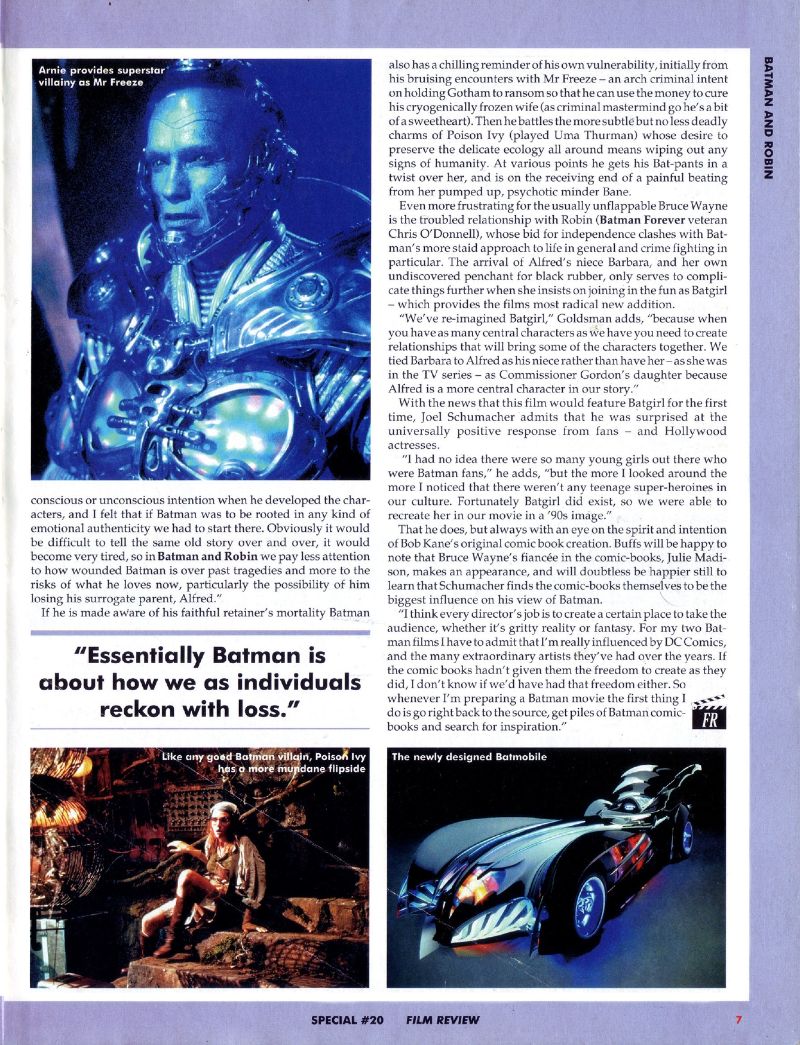 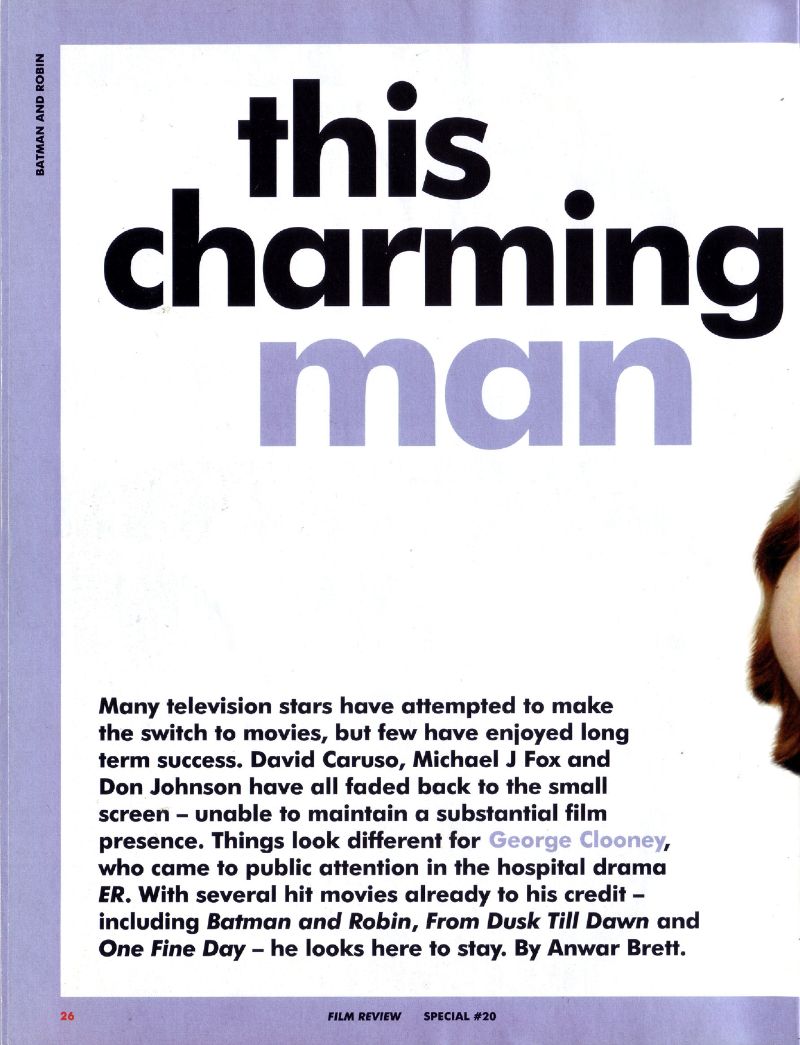 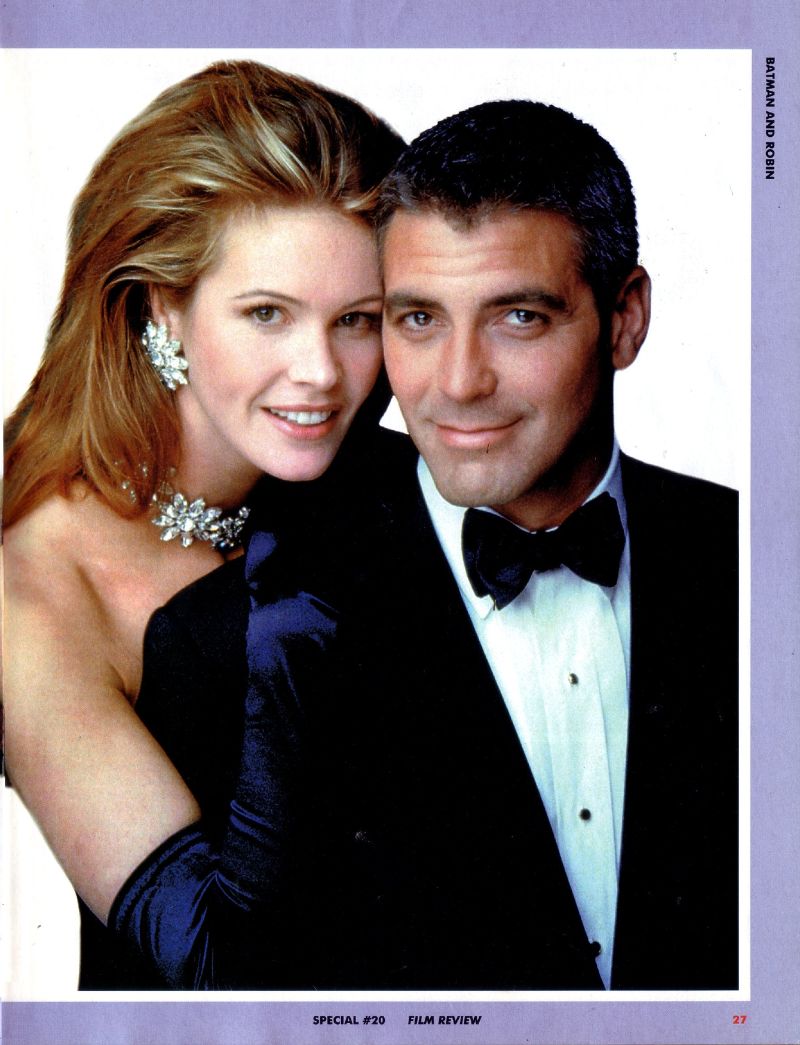 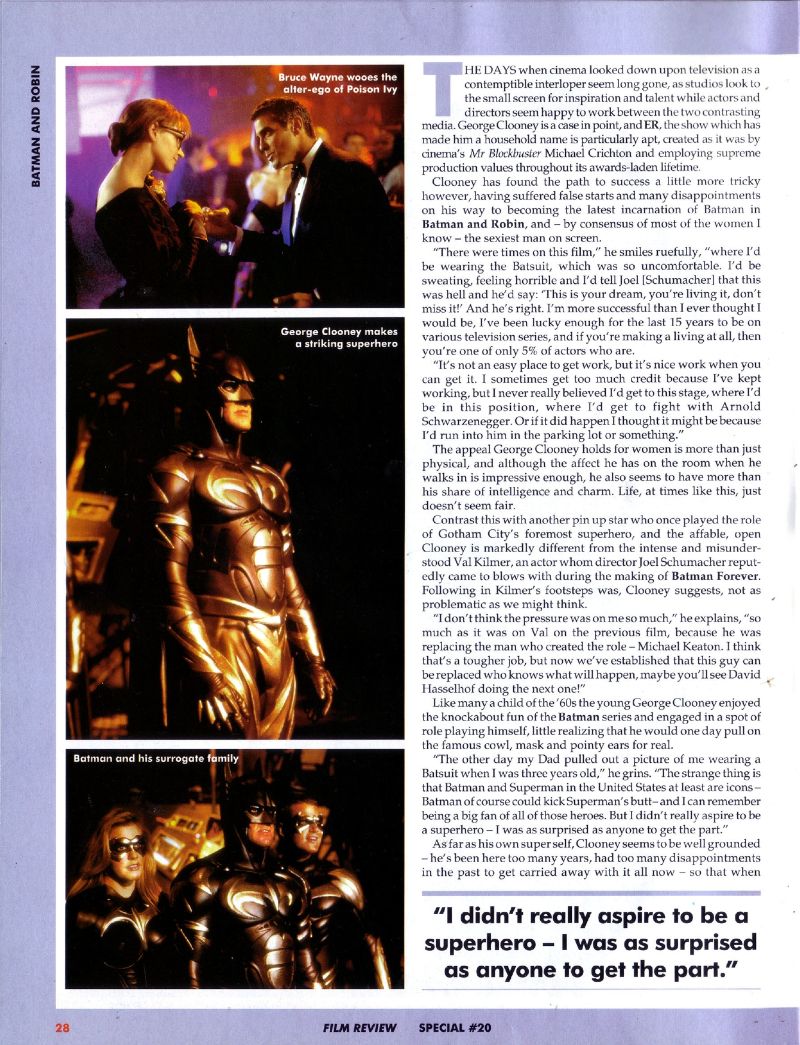 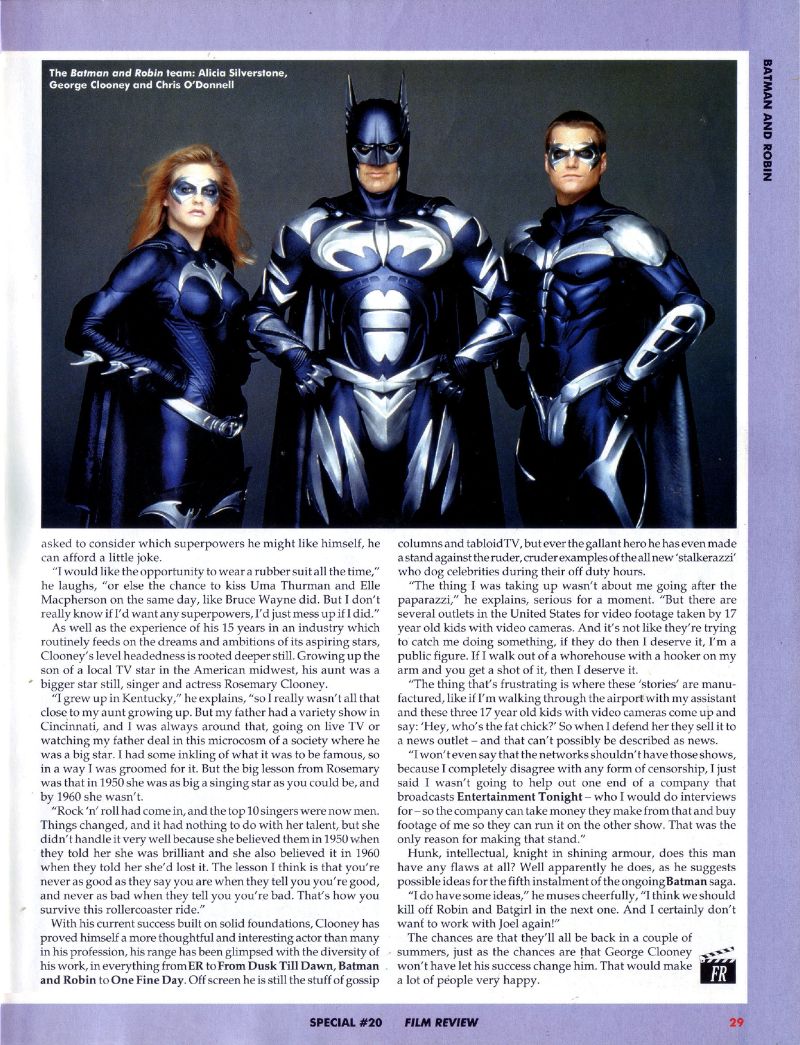