Last set of concept art for a while. First up we have some Mr Freeze costumes. Interesting to note that the initial idea seems to have been to cover his whole head in a glass helmet unlike the finished film. 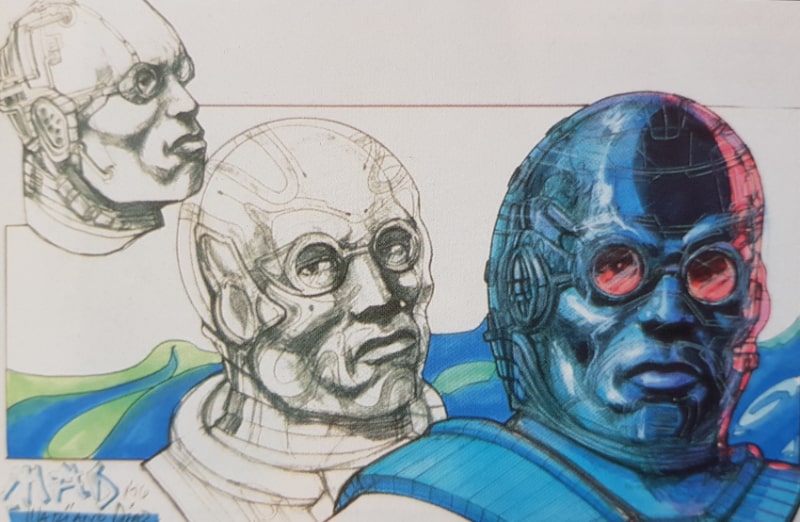 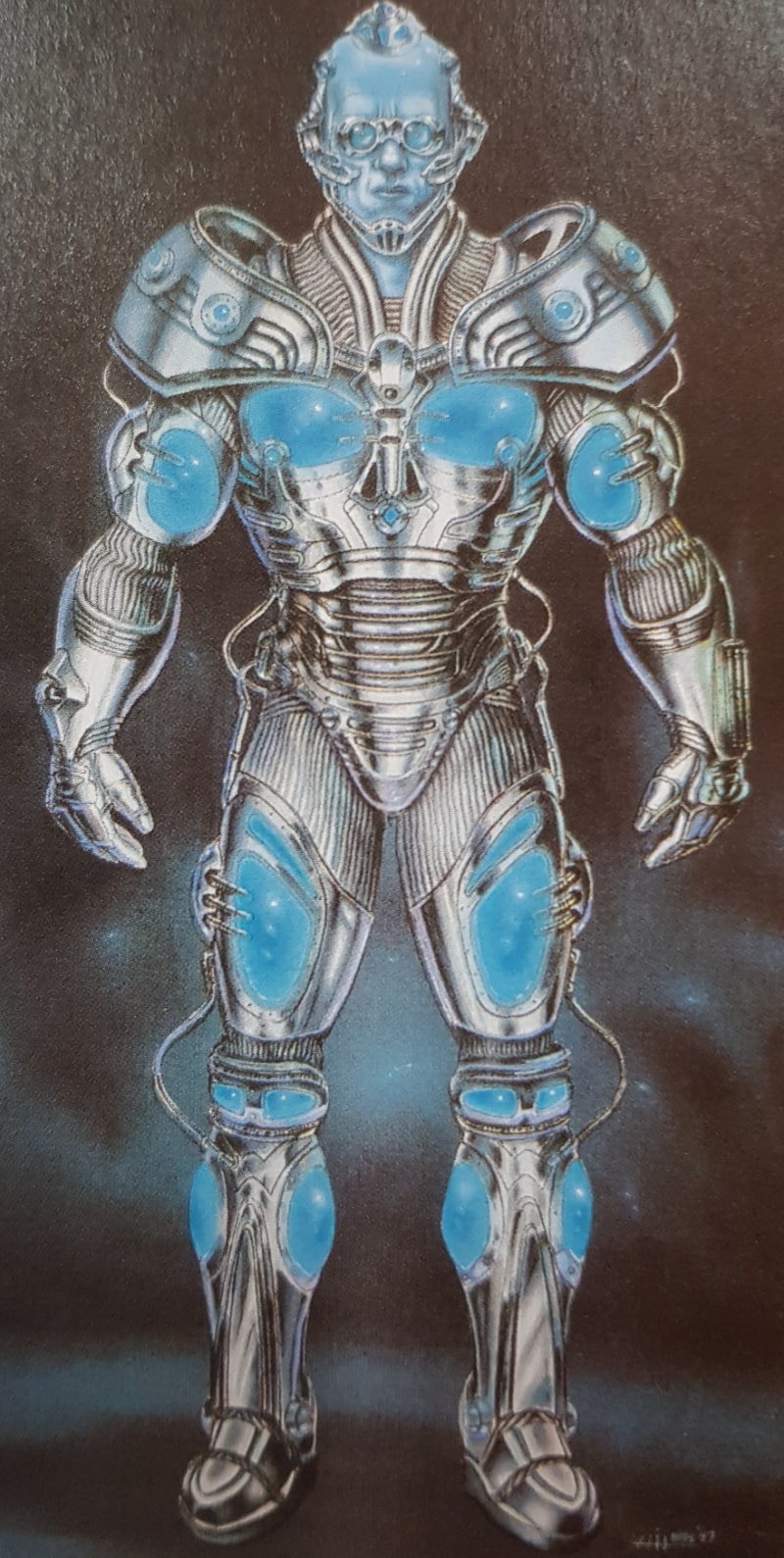 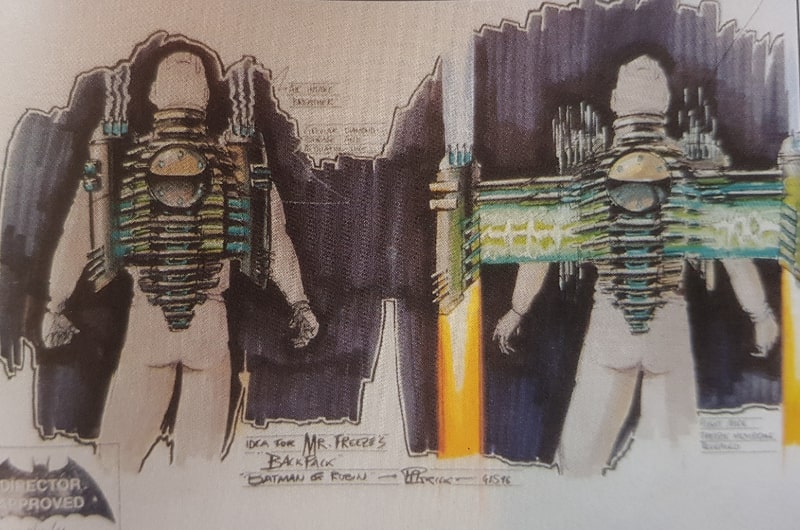 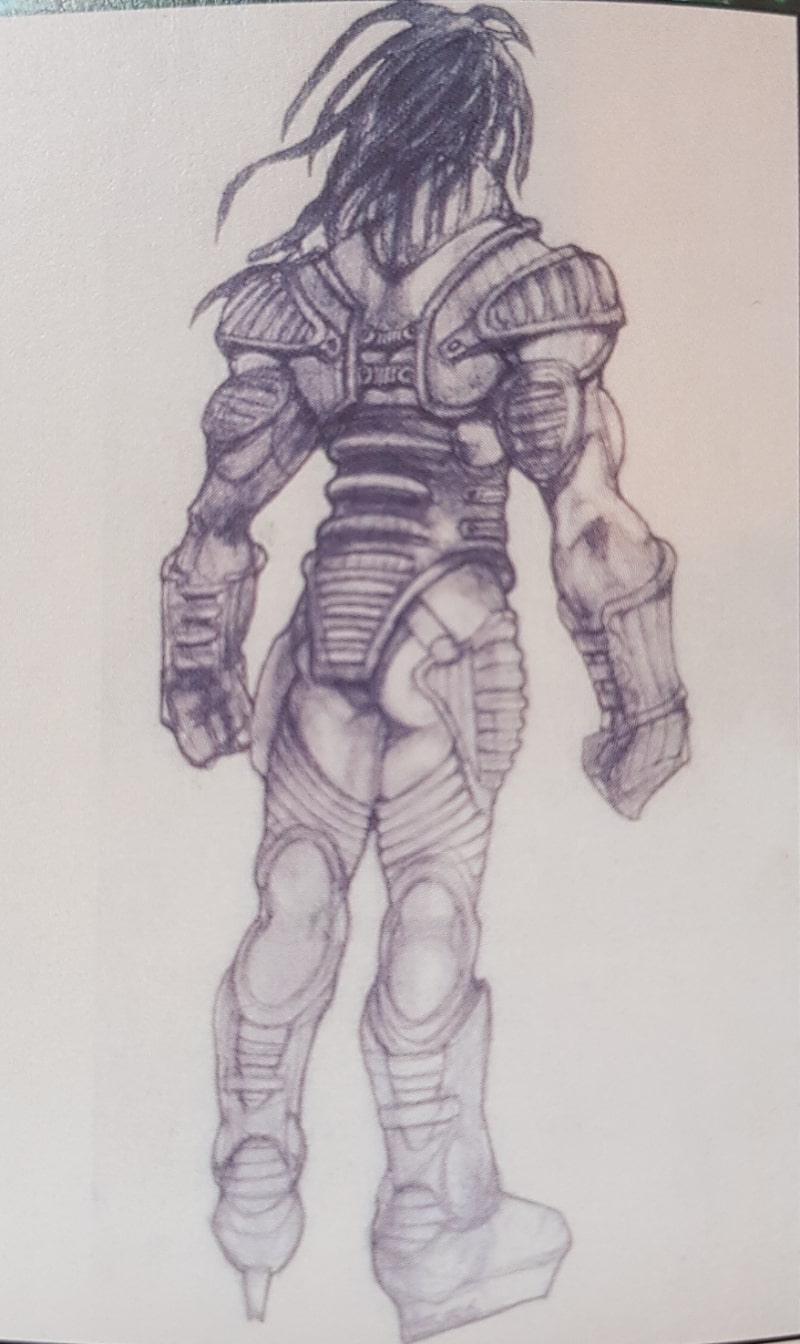 NThen we have a quick sketch of one of Mr Freeze's goons.

Next up we have a sketch of Bane by Wil Rees. 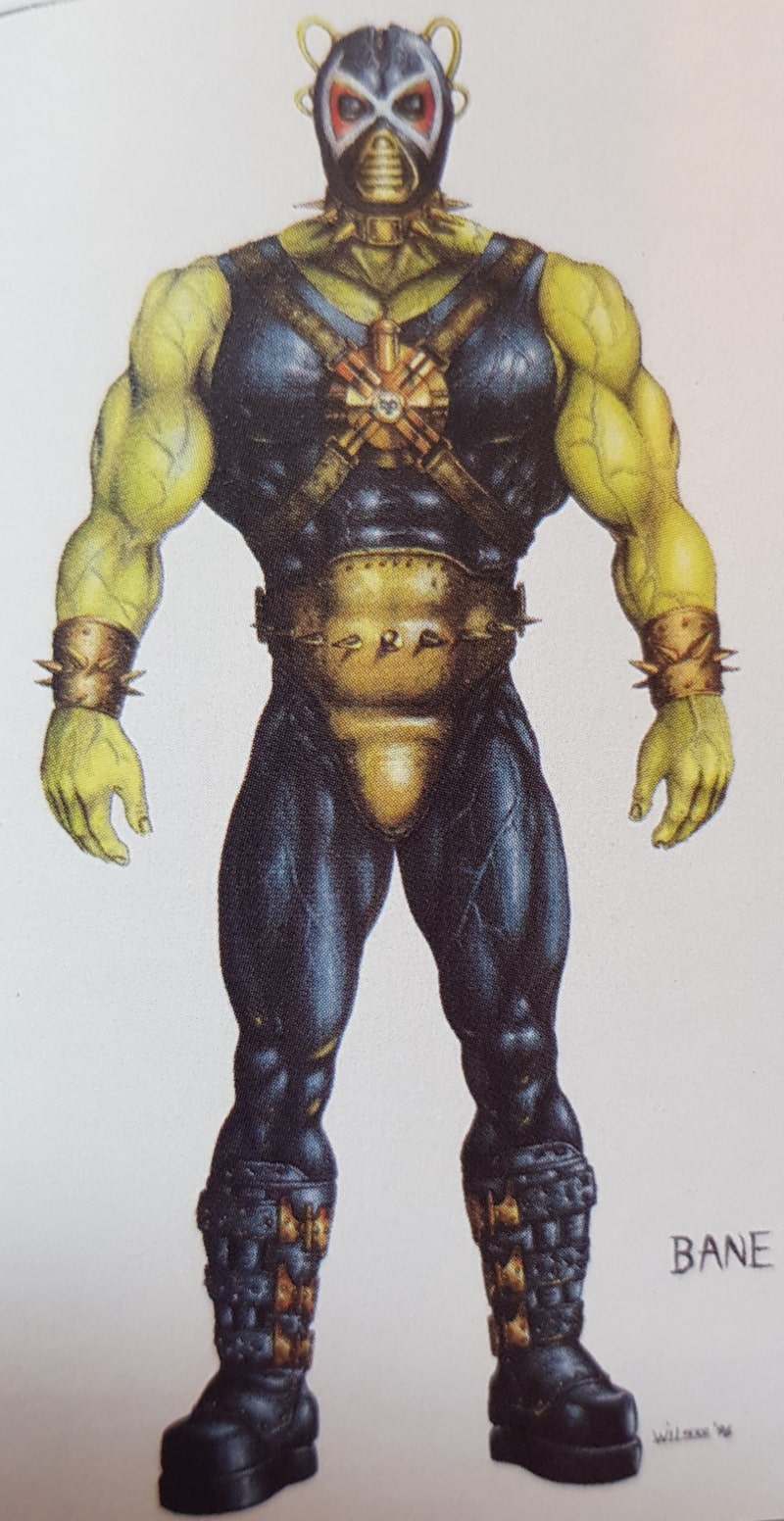 Then another picture by Wil Rees of Batgirl wearing the slightly different "Ice" suit from the end of the film which included a cowl/helmet when she rode the bike.

And finally Batman in the "Ice" suit again by Wil Rees. Kind of looks neater here than it does in the finished film. Maybe having it been glossy and shiny like this would have improved the look slightly. 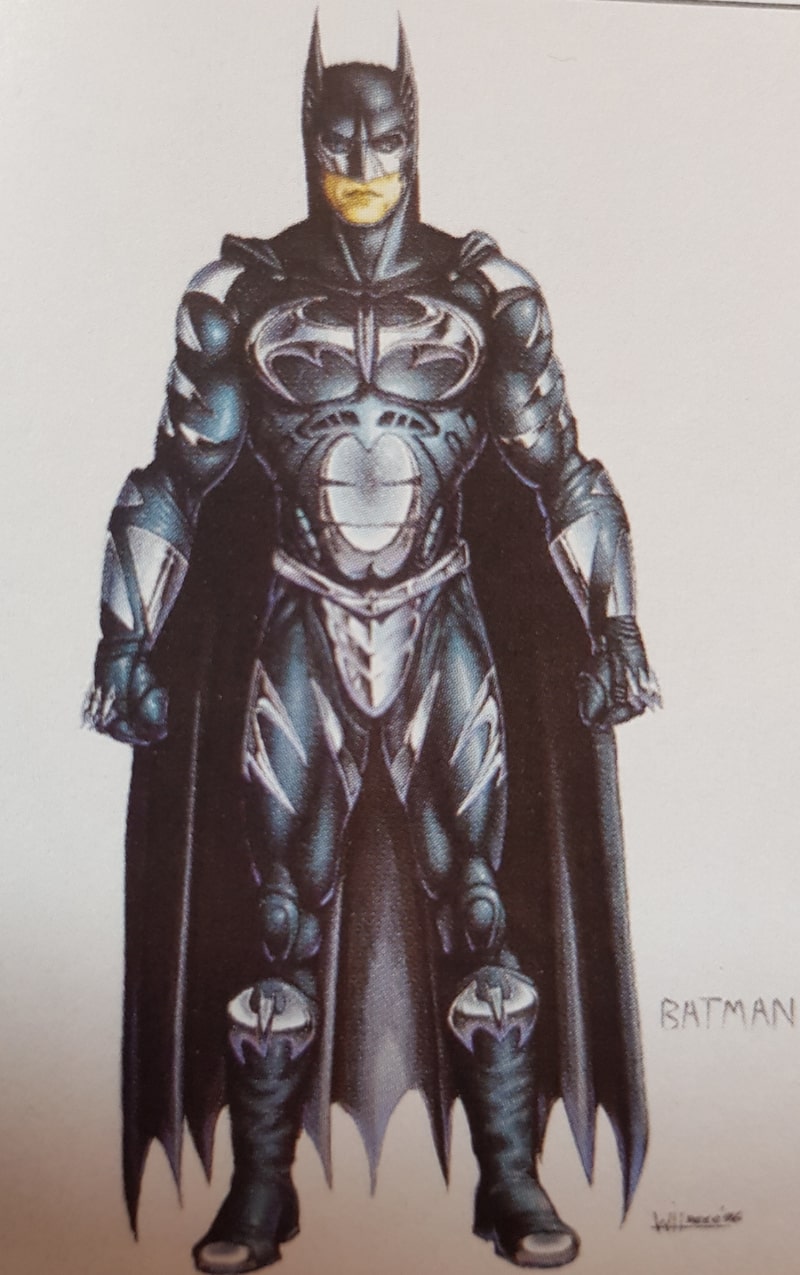